Patrick Faerber had decided he couldn't advance in baseball umpiring because he's gay. When Dale Scott came out publicly, that changed. Now he's on the Minor League Reserve list.

It's been a dream of mine since I started umpiring to someday work in professional baseball. This year I took the first step by attending the revered Wendelstedt Umpire School.

I started umpiring when I was 15, all of six years ago. Immediately I fell in love with it and began working my way up through my organization. I owe a lot of credit to my bosses and fellow umpires for the skills I learned. My supervisor invested in me, giving me better games to get experience and sending me to camps such as Southern Umpire Camp.

On Jan. 4, 2013, during my senior year of high school and 5 days before my 18th birthday, I came out to my parents. I did it at that time for two reasons.

First, I wanted to take a boy to my senior prom (which would be one of my favorite memories from high school).

Second, I refused to live my adult life in the closet. Many gay men and others of the LGBT community have come before me and made sacrifices, some with their lives, others with their careers, so that I could have the opportunity to live my life openly. I wanted to honor their sacrifices by being out myself. 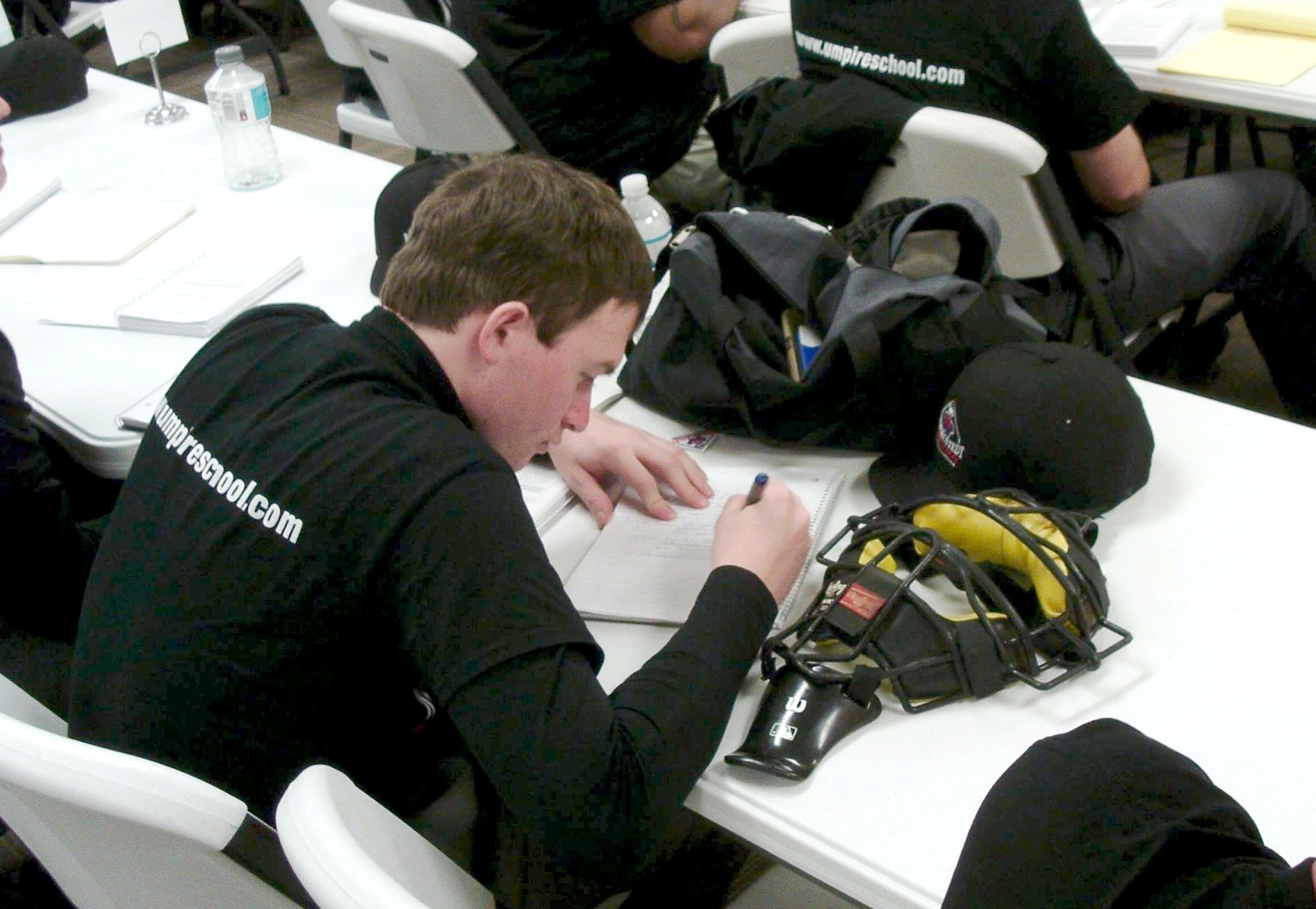 Despite coming out to family and friends and finding so much support, there was one place I still never felt comfortable coming out: umpiring. For years I continued using ambiguous pronouns, pretending I also noticed "the pretty mom in the bleachers." I would constantly hear coworkers' stories of girls and dating, but for me, I would simply just say I was single and leave it at that. My fellow umpires were all great guys, but I always worried that by coming out I would cost myself game assignments or ostracize myself from my coworkers.

After graduating from high school in 2013, I went to Georgia State University to study political science and economics. I had considered umpire school, but I wasn't sure if as a gay man I really wanted to try getting into professional baseball.
That changed in December 2014 when I read an article that reignited my passion in umpiring: "MLB Umpire Dale Scott Comes Out as Gay in Quietest Way Possible."

I read the article multiple times, amazed that all this time there had been a gay man umpiring in Major League Baseball. After that, I knew I wanted to go to umpire school. In 2016 I made the leap attending the Wendelstedt Umpire School, knowing that most likely, I would be the only openly gay umpire in the entirety of hopeful umpires to be.

When I arrived at the Wendelstedt host hotel, I was excited but so nervous. I quickly went through registration, meeting some of the instructors along the way, then headed to my room to get ready for a meeting that night.

When I got to the room, my roommate was already there. We had never met before, and we were trying to make small talk as we got to know the person with whom we would spend the next month. The conversation hit a lull as I unpacked, and he thought to try a joke.

"What's the hardest part of being a soccer player?"

A photo with his husband in a small magazine was his first public acknowledgment. "I am extremely grateful that Major League Baseball has always judged me on my work and nothing else," he says.

Gay Pac-12 referee comes out to help others

Steve Strimling says being gay has never stopped him from advancing as a football official. Now a white hat referee in the Pac-12, he wants to come out publicly to help others.

"What?" I asked, having no idea what the punch line was.

"Telling your parent's you're gay!"

He laughed at his mocking of the sport of soccer. I laughed because of the stories I heard from gay friends in college about their experience with soccer players.

Then, his follow up question: "So, do you have a girlfriend?"

He opened the door, so I walked through it.

I don't think I've ever seen someone's face look as shocked and embarrassed as he did in that moment. He apologized profusely for the joke, trying to clear the air even though I hadn't been offended.

Had it not been for Dale Scott coming out publicly, I may have answered the question about a girlfriend with a simple "No," and I think that would have ruined my experience at the school.

He wasn't the last person I would come out to at the Wendelstedt school that month. I don't want to make a big deal about me being gay, but I also don't want to hide who I am or an aspect of my life that has partially made me who I am. Being out at school, it allowed me to grow closer to the guys I befriended. It allowed me to make jokes, tell stories, and show all the aspects of my life that my friends and fellow umpires would have never experienced.

Most importantly, I think it allowed us to become closer than if I had not come out and decided to hide an entire side of who I am.

When the camp ended, I was one of the last umpires to get my evaluation. I sat down in front of the camp instructors and got my results. To my surprise, I made the Minor League Reserve List. I was extremely happy to hear the news, and I was about to exit the room to celebrate with my friends when I saw Hunter Wendelstedt, the school owner and a Major League Umpire. I asked if I could have a private conversation with him quickly before I left.

We went over to the side, and I asked him to deliver a message to an umpire he had mentioned being friends with a couple weeks earlier. I know Hunter delivered that message, because I could see on his face how glad he was to hear it. 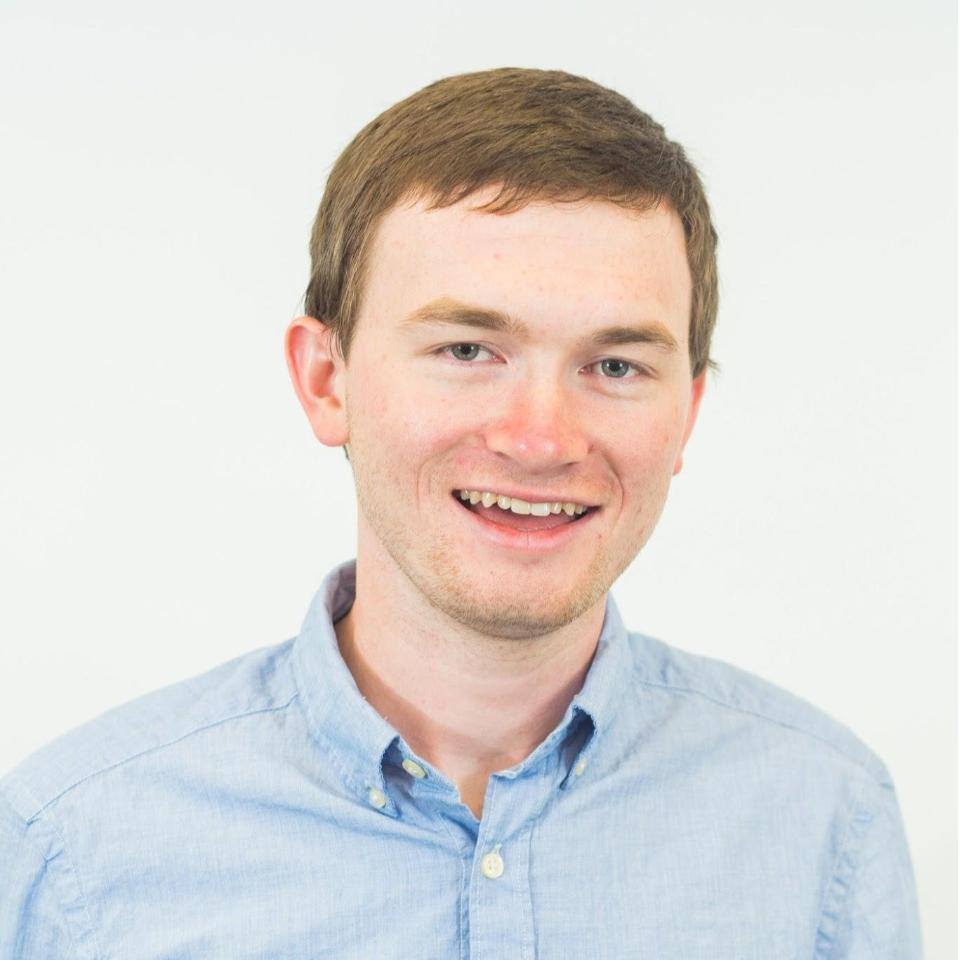 Thanks to Dale I did go. This summer, having made the reserve list, I'll be working in the Northwoods League, preparing for school in 2017, and hopefully getting a shot at the Minor League next summer.

Patrick Faerber is a board member of GLSEN Atlanta. You can find him on Facebook, and on Instagram and on Twitter @PatrickFaerber. You can also reach him via email at faerber.pat@gmail.com.