Alejandro Graterol and his Skyline High School baseball team won the Washington State title. Along the way he won the Sportsmanship Award for the state semifinal game, 18 months after coming out publicly on Outsports.

Share All sharing options for: This gay high school athlete wasn't a distraction to his team that just won a state title

Skyline High School won the Washington State Class 4A High School Championship over the weekend, and Alejandro Graterol was a big part of that, coming up big in the state semifinal.

He told Outsports his Sportsmanship Award in the state semifinal was probably due to his base hit in the sixth inning with two outs and two strikes, his team down 4-2. Graterol's Skyline team beat Wenatchee, which was previously undefeated at 23-0, in that semifinal game. 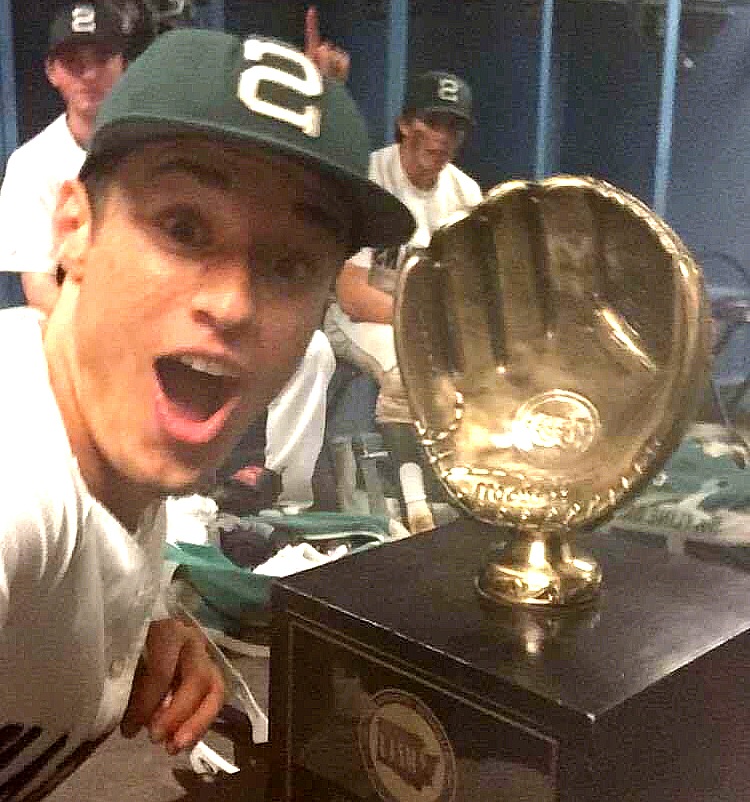 "This championship really is truly special for me and the other seniors," Graterol said, "especially since this is the first baseball state championship that our high school has ever won. So it truly was an amazing feeling knowing that in my last game ever of high school baseball we left a legacy and an impact at our school.

"I became a family with the guys this season, and with the help of our new first year head coach we were able to find our balance and really put it all together."

Graterol came out publicly on Outsports almost 18 months ago. Apparently his team wasn't too distracted by it.

"This team was really just a bunch of laid back friends who took the game seriously, yet were always relaxed and confident in what we did," Graterol told Outsports.

In addition to heading to Arizona State Univ. this fall, Graterol will be headed to Chicago for the Outsports Reunion in June. He is also a member of the Sports Equality Foundation's student-athlete advisory board.