Jaron Thomas is one of the best hurdlers in the history of the Univ. of Colorado. He's also one of the school's first publicly out varsity athletes, recently winning a campus-wide award for his visibility and activism.

Jaron Thomas is killin' it in Boulder.

Not only is the Univ. of Colorado hurdler one of the best in his event in the history of the school, and not only is he headed into the Pac-12 championships next weekend with a legit chance to medal, but the out gay track star is taking aim at homophobia -- both real and perceived -- on campus and in the athletic department, and he's making change.

By all accounts, his very out presence on the team has certainly made the outward profile of his Buffaloes track and field team a more welcoming place. That, in turn, should make it easier for other LGBT people on the team to live their lives openly.

"The reaction from my teammates has been nothing less than supportive," Thomas told Outsports. "They are always willing to learn about queer issues, ask questions, and learn how to become better allies. I came to this team as an individual sprinter and hurdler and I'm heading into my senior year with a family of young men and women with a common goal. We want to win and nothing is going to stand in the way of that; not our sexualities, our gender identities, or our sexual orientations. Nothing else matters. That's how we've handled and approached things since day one."

Outsports invites LGBT athletes, coaches and other people in sports to join us for a gathering to meet one another and share stories & ideas during Chicago Pride, June 23-26.

William & Mary runner was embraced by his team.

One powerful distinction Thomas makes in a recent profile of him on the CU athletics dept. Web site is the definition of courage, which he says his actions do not demonstrate. Courage is action in the face of fear; One cannot be courageous if he is fearless. Thomas says he is fearless.

Thomas is a top contributor to the Colorado men's track and field team. He will compete this coming weekend in the Pac-12 championships and is ranked in the top five in the conference for both the 110- and 400-meter hurdles. According the the CU athletic department, Thomas is ranked in the top-three all-time for the school in both events.

Thomas' impact on the CU campus has been so powerful and deep that he was awarded the school's Tito Torres award for advancement of social-justice issues on campus. This isn't an award given to athletes, it is open to the entire student body. Thomas is the first athlete to ever win the award. 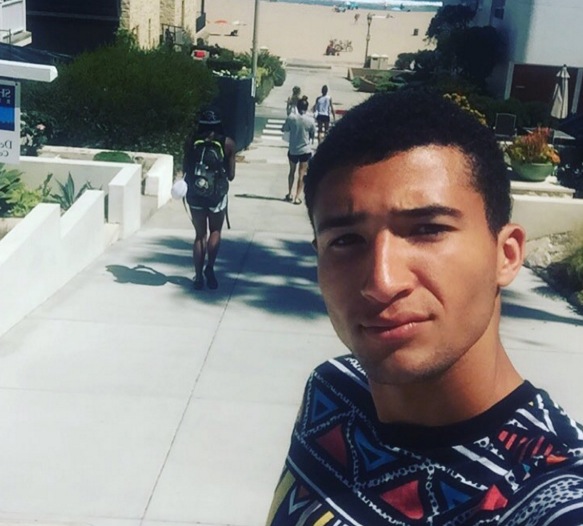 From the Univ. of Colorado's athletic department Web site:

"If I can be that voice for that little boy or girl out there who is going to be a Buff in 2030, if I can stand up for them so that when they get here they don't have to start from scratch — that's what I'm doing," Thomas said after a recent practice. "I'm willing to be that voice and accept the consequences."

Thomas, a CU junior, is one of the first openly gay male athletes ever on Colorado's campus, and one of only a handful in the nation. He serves on a variety of diversity and inclusivity committees and councils at CU, speaks to student and faculty groups about the obstacles faced by the LBGTQ community, and is active in a number of other social justice programs at CU and in the Boulder community.

Thomas also won the Byron R. White Leadership and Initiative Award, given to a student-athlete who exemplifies, well, leadership and initiative.

Congratulations Thomas and the entire CU community. Thomas is only a junior, so he'll be around for one more year to continue the conversations he has helped amplify on campus at Boulder.