Yes, I know this is predominantly an American run page and the vast majority of you will have no idea about the quintessentially English game of cricket (yes the one that's a little bit like baseball on drugs or sleeping tablets depending on your outlook of the frankly bizarre game where you can play seven hours a day for five days straight and still draw!) but I am sure a lot of guys and girls struggling to come to terms with their sexuality from the UK visit this website — after all I found it so I am sure I'm not the only one!

I wanted to share my coming out story for a couple of reasons:

To help someone who was in a similar position to me, and for myself. I have been thinking about my own coming out story a lot recently and looking back on writing this I have found it a somewhat cathartic experience.

Ten or so years after I realised I was gay I was finally, after a shitload of alcohol, able to utter them words to myself. The defining moment in my life so far happened 2 1/2 years ago at 6 in the morning in a French ski resort after a night of partying with a frankly cute — and unbeknown to me at the start of the night — gay holiday rep. This was the night I realised I could no longer hide from who I was, I could no longer lie to myself and I had to start addressing the issue full on but more on that later.

I am from Manchester UK, I grew up in a quiet suburb of the city with my mum, dad and sister. I was sport-mad from an early age and played pretty much any sport my mum and dad would take me to at weekend and after school. I watched on TV idolising the likes of Eric Cantona and despairing at another early World Cup exit. Sport was and to some extent still is my life.

When at the age of around 12 or 13 I realised I was more interested in guys than girls this came as quite a shock — you see growing up your taught that all gay guys conform to a certain stereotype and I sure didn't match that description.! So as silly as it may sound throughout high school (11-16) and college (16-18) I continued to throw myself into sport and reassured myself that I would come out of this "phase" and start fancying girls — well as you can probably predict I am still waiting for that phase to end! 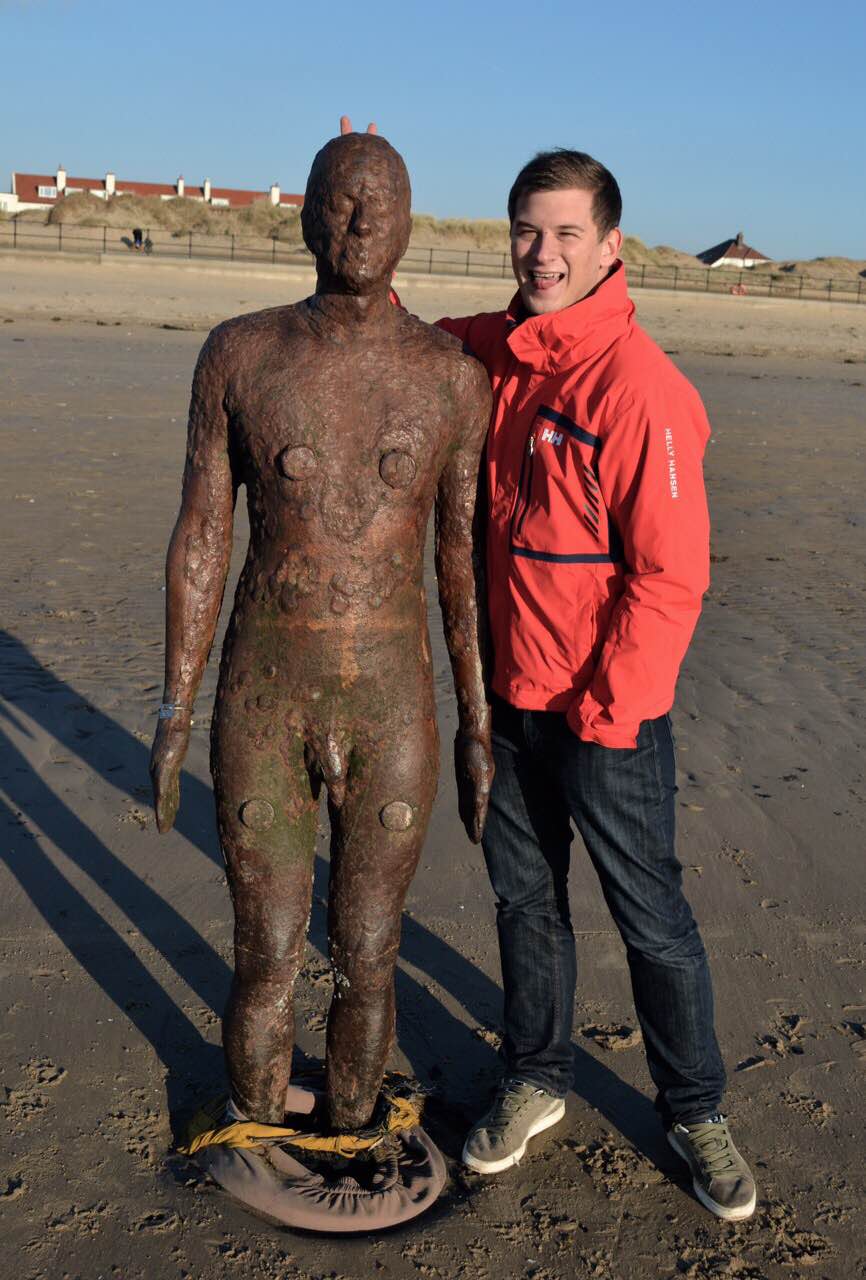 During that period I was starting to concentrate more and more on playing cricket and with that football, golf and other sports I were playing fell by the wayside.

Cricket obviously doesn't come across as the most aggressive and bad-tempered game and in the most part it's not but for one element, that of sledging — for those that don't know, sledging is the art of getting under the batsman's skin by trying to talk him out. The vast majority of times it doesn't cross any lines but occasionally it can. Now as a young cricketer trying to make my way in senior teams the thought of being sledged scared me, the thought of other teams knowing my sexuality and using it against me terrified me so I carried on in a status quo of playing cricket, avoiding questions about girls and generally trying to keep a low profile in and around the dressing room.

Everything began to come to a head in the winter of 2013. I was getting more and more frustrated with the direction my life was taking and I could put it all down to one thing. In February of that year I went away skiing with my family and on one of the evenings I decided to join a few of the other guys who were on the holiday for a bit of a pub crawl (nothing too heavy as we all wanted to ski the day after.)

As the night went on I got chatting to the rep who was working the season we hit it off straight away and decided to go to a club — after several more beers and shots of whiskey it was time to call it a night as we walked back towards our apartments suddenly he turned and kissed me. I was totally taken aback. I was petrified but excited at the same time; it just felt totally right. I ended up going back to his where we talked about our lives and had a couple more drinks. At 6 a.m. I finally did the sensible thing and called it a night (I had to be up in two hours to ski) and after climbing through the apartment window after forgetting my key I sat on the balcony reflecting on what had happened and where I was at in my life. "I'm Jonny and I'm gay"

I made a promise with myself then that no matter what I wasn't going to go back to the person who pretended to be someone he was not.

Getting back from that holiday I was just about to start cricket season again and put everything to the back of my mind again although now I was definitely more curious to go out and meet guys so in secret I signed up to Tinder and started to go on a few dates.

Come September and the end of the cricket season I started to get into something more serious relationship-wise. I found myself constantly lying to keep my secret a secret and my boyfriend happy — this was probably one of the more stressful periods in my life. Lying for a living was becoming hard work.

Finally in October 2014 I plucked up the courage to tell my best friend. I sat in one of the meeting rooms at work and sent him a simple text message explaining that I had met someone but it was a guy. Obviously he was cool with it (we had been friends since we were 4.) Following that, I went on to tell my other close friends but never those from cricket.

In February 2015 I came out to my family pretty much the day after my boyfriend had split up with me. The stresses of lying to him and to my friends had become too much and caused us to break up he was understandably fed up of being a secret in my life and a constant source of anguish for me. I couldn't blame him but it hurt.

Telling the lads at cricket was more of a relaxed affair albeit again pretty nerve-racking. A lot of the lads often used words like "fag" or "gay" in a derogatory manner so I wasn't totally sure, with the exception of a couple of lads who were good friends, how they would accept the news. I know now these lads weren't homophobic but somehow these words have become acceptable in the UK as something that is bad — more education is needed here.

After telling the team captain, I went on to tell all the lads. Some took it all in their stride while others had questions that I had no problem with answering but the upshot was 100% positive. I was relieved, I walked onto the pitch with the same lads after that knowing that they had my back and that meant so much to me.

I have had nothing but support from my friends, my family, my teammates even opposition players and I am grateful for their support. I would be lying if I said I had fully come to terms with being gay but I am getting there and every week that goes by I become more OK with it.

If anyone has any questions or wants a chat please feel free to contact me.

Be true to yourself.

You can find Jonny Gascoigne on Twitter @jonnygazza250. You can also email him at jonathan.gascoigne250@googlemail.com.