Hockey is for everyone.

That’s the line, isn’t it? It doesn’t matter your gender, race, sexuality, age or social class. If you love hockey, hockey will love you back. If you can play, you can play.

I was terrified about what my friends would say. Not to my face, I didn’t think they’d be that cruel, but behind my back. And even worse, what if my announcement was met with awkward silence? What if it colored every face-to- face interaction I had after the fact?

My Facebook is populated with athletes: rowers and mixed martial artists from my university days. And hockey players, from recreational all the way up to the EIHL, the premier ice hockey league in the UK. People whose reactions I had no way to predict.

I learned to play hockey at a camp designed for non-professional adults four years ago, when I was 21. I didn’t even have my own skates, but they pieced together some equipment, and I took my first steps in hockey skates. I was already going by Jay then, existing in some nebulous, genderless space as best I could, floating between the closet and the real world. If people assumed I was a guy? Great! If not, well, that was fair enough, I guessed.

Something in my heart just clicked into place that weekend. I already loved to watch hockey, but playing it was even better. I was in love with the feeling of ice beneath my skates ( when I managed to stay on them.)

When I came home, I immediately reached out to all the local recreational clubs and found one that seemed perfect. I could still barely skate, but they welcomed me with open arms then, and again a year later when I hung up my player skates and fell head first into the most graceful of positions, goaltender.

I joined a local women’s team and ended up playing in the second highest tier of women’s hockey in the country. It’s still one of the best things I’ve ever done. It made me a better player and dragged me out of my shell. I wasn’t afraid to be openly queer with them, and for the first time, I felt like this was a place I really belonged.

Somehow, almost every facet of my life had come to revolve around hockey.

I wasn’t sure it would last, though. I loved hockey. I just wasn’t sure how much it would love me back when it found out about me.

In October 2016, Harrison Browne, then of the NWHL’s Buffalo Beauts, came out publicly as transgender. He is still only one of two openly transgender professional hockey players in America. I am always going to be grateful to him for showing me that hockey isn’t just for everyone else, it was for me.

But I still had to do that tricky business of coming out.

Earlier in my life, I had come out to a few select people as bisexual. But that was nothing, not compared to this. I must have typed my coming out post 15 times. There isn’t a script for this, so I spoke from the heart. Just before I hit "post," I added a small mention to the men’s team I’d been playing with for the last three and a half years: "I hope this doesn't change anything, and I still have a place in your locker room/team".

I hit post, and immediately turned my laptop off. They say no news is good news, so my plan was to ignore all news. It took me several hours to force myself to look at my notifications.

"Respect to you mate!"

"We will love you all the same"

"You have my respect and admiration Jay x"

"Well done Jakob but remember you will still need to cover your 5 hole!! Respect and congrats"

"On behalf of the Phantoms [t]here will always be a place for you."

I’m not ashamed to talk about the fact that I sat there and cried. 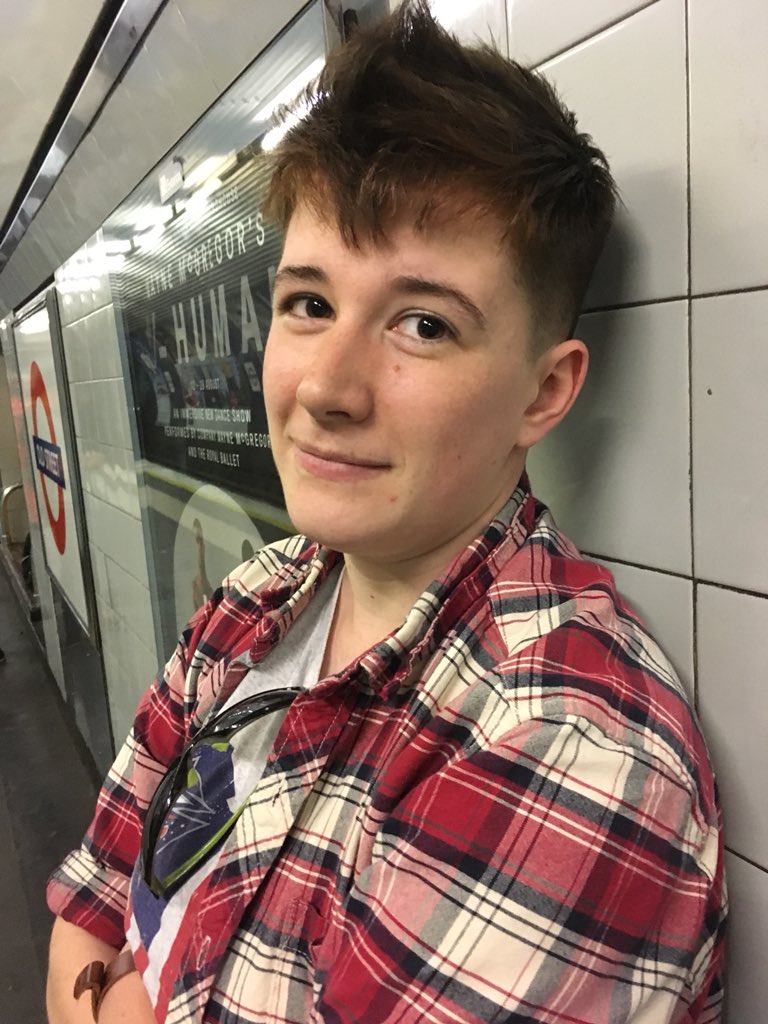 Logically, I knew people were never going to be cruel. Not to my face, anyway. But the people that I thought would react with confusion and silence were some of my biggest supporters. I was amazed by how, to a man, every single member of my team just accepted me. I wasn’t weird, I wasn’t a freak, I was just Jay, or Jakob, now.

It felt like I could breathe again. I walked into the locker room knowing who I was and knowing that everyone else knew as well.

In May 2018, I was greeted with insecurity again. It would be my first hockey camp as Jakob. This isn’t a post about the ins and outs of medical transition, but I’m not one of the people lucky enough to have started their medical transition.

For all intents and purposes, to people that don’t know me, I look like a pretty butch woman. The idea of going back into the closet, even for a weekend, was incredibly stressful. But on the other hand, so was the idea of having to come out to a group of people I don’t know, including professional hockey players who I didn’t think would have ever even met a trans person.

I took to Facebook to air my concerns and was, once again, greeted with support and love from so many people. After day one of the camp, I went to the Head Coach, David Clarke (recently retired, formerly of the Nottingham Panthers). I was very awkward and hesitant, but he couldn’t have been nicer. There was no problem, no questions, nothing.

I was Jakob now, and I was Jakob for the rest of the weekend. The Clarke and Co. Camps are excellent for so many reasons, but chief among them is how Clarke will treat every single campgoer like a personal friend.

But it’s not all good news. There’s still the worry that newcomers to my team will react with hostility, or members of opposing teams. There are thoughtless, borderline transphobic jokes that I’m sure aren’t malicious or aimed at me, but I still flinch.

I’m still not comfortable with the shower situation (one gender fits all, at our rink, unless you fancy the cold showers in the referee room), and there are, of course, still slip-ups. They happen, and people always correct themselves, or apologize, and I’m not upset or offended.

Hockey as a whole still has some work to do. It’s not a welcoming place for LGBT folk, or women or people of color. A nonbinary friend was featured on the Washington Capitals Instagram feed last year during a Hockey Is For Everyone initiative, and the post was flooded with hate and insults.

In a society where 1 in 200 adults is trans, the NHL still can’t seem to come to terms with the idea that queer people exist who aren’t cis gay men. You Can Play releases videos with phrases like "If you can pass, you can pass"; referring of course to the physical act of passing a puck, but ignoring or missing the other meaning, when trans people "pass" as their true gender.

But I still have my team, and sometimes, that’s all that matters.

Even when I don't pass, I can still play.

Jay Forster is the World’s Okayest Goalie (seriously, I have such a T-shirt). He lives in Chester, England, and has been playing hockey for four year and is currently playing for the Flintshire Phantoms, a men’s recreational team in Deeside, North Wales. He can be found on Twitter at @jaythegoalie, Instagram (@jjaybs) or via email (fairbairnjay@gmail.com).