Share All sharing options for: Bloom wilting in Philly? 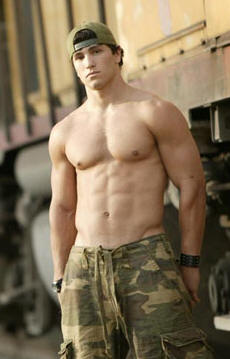 Two-time King of the Hardwood Jeremy Bloom might have a lot more time to ski, according to Eagles coach Andy Reid. The speedy kick returner has, according to Reid, been doing "just OK" in his attempt to play in his first NFL game. The Eagles drafted him last year, but an injury kept him sidelined the whole season.

Bloom has gotten nine kick-return opportunities this season, and he's averaging under 20 yards a return. "I think there's been some good and there have been some things I'd like to improve on," Bloom told the Philadelphia Inquirer after Sunday's game. "No scores and no real long returns. It's important that we play better, and it starts with me as the returner, because I'm like the quarterback of the offense to an extent. I always have the ball in my hand. We have a lot of room to improve in our return game."

Hopefully if it doesn't work out, he'll return to modeling. -Cyd Zeigler jr.

Thanks to Larry Felzer for the tip.