Share All sharing options for: Pats cheerleader, penises and swastikas 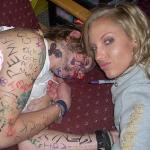 Oh the blonde jokes that are popping into my head. Caitlin Davis was a New England Patriots cheerleader. Until she and some friends (allegedly) decided to draw penises and swastikas all over the body of someone Davis says she didn't know, and then (not allegedly) take pictures of her holding a marker over the body of the boy. Of course, whoever wrote the stuff on the kid's body thought things like "I (heart) cocks" and "cocks r awesome" were really funny. No homophobia there, no.

Inspired by the incident, FanIQ has released their top-10 list of cheerleading scandals, and Redskins tight end Chris Cooley makes an appearance! Full photo after the jump. 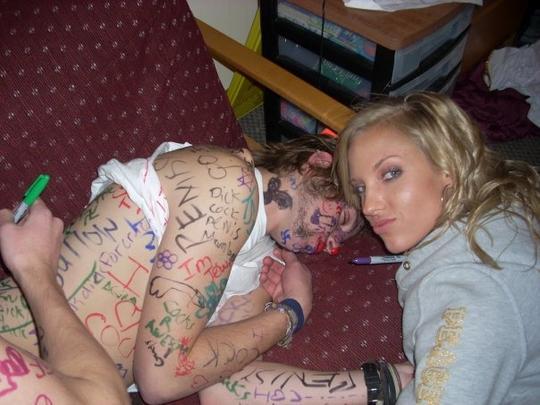