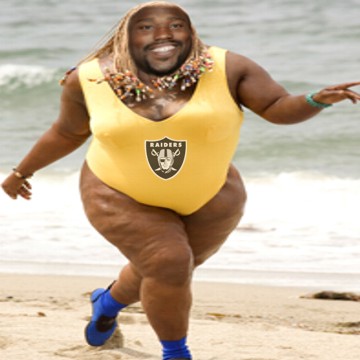 Warren Sapp apparently wants to be the only former Buc doing reality TV. Sapp, who's currently on Dancing with the Stars, was asked on Inside the NFL about Keyshawn Johnson's new interior design show. Said Sapp:

Me, watch Keyshawn on an interior decorating show? Keyshawn, I knew you were a bitch. And thanks for making it all clear.

Let me get this right. Sapp dances on his tippy toes on national TV, and he's as masculine as can be. But Johnson is a bitch (read: fag) for doing some interior design? Oh, did I mention that Sapp and his dance partner did a 45-second jitterbug on NFL Network last night before the game?