Sports turkeys of the year

Share All sharing options for: Sports turkeys of the year 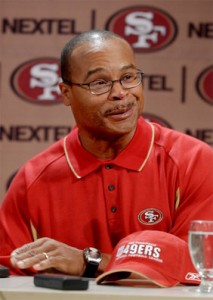 Sports Illustrated has their list of sports' turkeys of 2008. It's a great list this year, graced by jokers like Kimbo Slice and Chad Johnson, Hall Of Famers like Roger Clemens and Brett Favre, and closers like the Mets' bullpen and the Memphis Tigers free-throw shooters. For my money, Mike Singletary takes the stuffing.

Whom would you add to the list? I'm sure plenty of gay people would add the NBC Olympics commentators for not mentioning Matthew Mitcham's sexual orientation during his gold-medal performance. Whom would you add?