Phelps is SI's Sportsman of the Year

Share All sharing options for: Phelps is SI's Sportsman of the Year 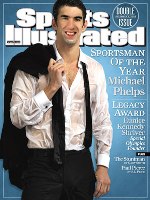 I'm not a big Michael Phelps fan, but even I would agree 100% with this selection. Sports Illustrated has named Phelps their Sportsman of the Year for his eight gold medals in Beijing and for his work with kids since the Olympics. I don't know about all the "greatest Olympian ever" talk, but no athlete wowed us with his athletic performance this year more than Phelps, who broke the record for most golds in an Olympics (8) and shattered the record for most career golds (14).

You can watch a behind-the-scenes video of the photo shoot here. Though I found the picture of him on the cover a little odd; At least, the one they've tossed out on the net is odd. His face looks so Photoshopped, it almost looks like it was drawn. A larger picture of it is after the jump. 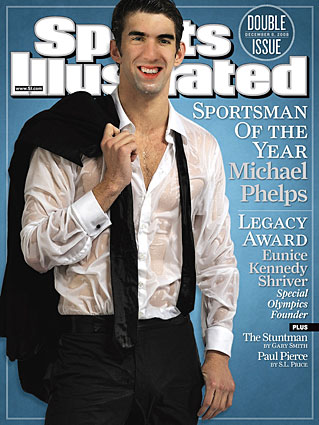