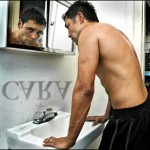 I'm not much of a boxing fan, but throw in Oscar De La Hoya and I'm there. The Latin sensation, a fighter who transforms a boxing contest into a sports happening, goes up against a smaller but talented Manny Pacquiao on Saturday in Las Vegas. Pacquiao wants to become the new De La Hoya while the current one wants to prove that a sexy 35-year-old can still pack a punch inside the ring.

"We don't have a Super Bowl or World Series. So we need fights that will pull in boxing fans, ex-fans and nonfans. Over the last decade, Oscar De La Hoya has been the one who was, by far, most capable of doing this. And he is trying to do it again with this fight," analyst Larry Merchant said. 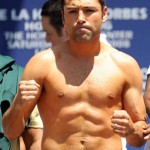 De La Hoya had vowed that Saturday's fight would be his last. But it seems the lure of money was too much and now the fighter may be sticking around the ring a little longer.

Up until a few weeks ago, Mr. De La Hoya was vowing that this would be the last time he bounced through the ropes. He said, "Then I realized I love this sport and that there was no reason to leave it while I could still keep performing at a very high level." No doubt, the promise of more multimillion-dollar paydays (Mr. De La Hoya earned over $50 million for his 2007 fight with Floyd Mayweather) had something to do with the fighter retiring his intention to retire. But, like other athletes nearing closing time, he is much clearer now than ever before that he has a passion for a sport that he may once have seen primarily as a money-making enterprise.

You won't be hearing any complaints out of me. I'm a fan every time De La Hoya straps on the gloves.