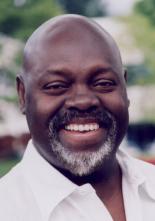 We've written about former NFL linebacker Ken Hutcherson and his homophobic rants plenty of times before. He was at it again this past weekend, leading a rather large demonstration against a Washington state high school in protest of the National Day of Silence. Said Hutcherson about the protest:

It is time for us as moral people to be unashamed and take a stand. We must make a moral statement in our public schools. It is time for opponents of the ‘Day of Silence’ to come out of the closet.

What kills me about this guy is that he was around some of the most immoral people in American culture: marriage-cheating, drug-abusing professional athletes. Instead of taking a stand about that, he targets some high school kids just trying to find their place in life. By the way, looking at this picture of Hutcherson reminds me of a bear I once knew.... -Cyd Zeigler jr.