Share All sharing options for: NBA games fixed by the refs? Duh! 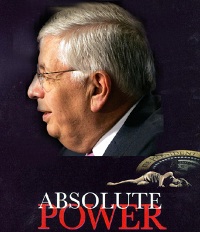 I've gotta say, I'm loving the controversy that Tim Donaghy's confession about the NBA telling referees to cheat is stirring up. For anyone watching the NBA over the last eight to 10 years, this can't be much of a surprise.

It seems everyone remembers that Game 6 of the 2002 Western Conference Finals in which the L.A. Lakers took 27 free throws in the final quarter. For me, it was the game that ended my day-to-day enthusiasm for the NBA and left me checking in ever since midway through the Conference Finals. But it was two years earlier, again in the 2000 Western Conference Finals, when the referees helped (again) the Lakers erase a 15-point fourth-quarter deficit to win, that I started believing that the referees were, simply, cheating. The biggest Game 7 fourth-quarter comeback in NBA history before that game was 6 points.

The league's response has been intellectually flawed. The league's very own Napoleon Bonaparte, David Stern, dismisses Donaghy as a convicted felon; but why would a convicted felon lie to the FBI before his sentencing? They dismiss that Lakers-Kings game as a "bad game" by the refs; but why would the refs have a fine game for 50 minutes, then completely lose their minds in the final 10 minutes and have EVERY call go one way (of course, the way of the much larger TV market with arguable its two biggest stars)? And, reffing the Western Conference Finals, these guys are supposed to be the best the League has; you're telling me they just had a bad game in the most important game of the season until then? That's far more impossible to believe than any conspiracy theory. -Cyd Zeigler jr.