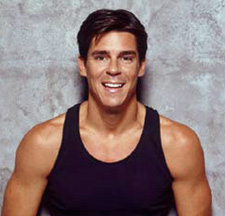 From the Miami Herald:

Says Bean: ``It's a very difficult period, and we're both trying to get through it. I care deeply about him.''

Bean gained national attention in 1999 when he revealed in a front page story in the New York Times that he was gay. He remains one of the handful of American pro athletes to reveal they are gay, though none have done it while playing. He has been a friend of Outsports since we started. Bean, 44, is a real estate agent. --Jim Buzinski

Hat tip to Steve Rothaus of the Herald for the item.