Share All sharing options for: Hot jocks: The Guenot brothers

Steeve Guenot of France (right) won his country's first wrestling gold since 1924 when he won the 66 kg (145 pounds) class in Greco-Roman wrestling. The railway worker said, "This is the most beautiful day of my life."

Guenot's older brother Christophe won the bronze in the 74 kg (162 pounds) class. Photo of the two brothers after the jump. 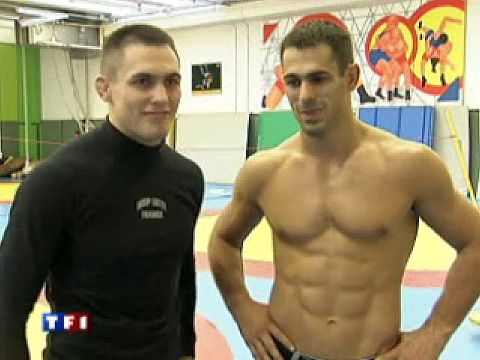