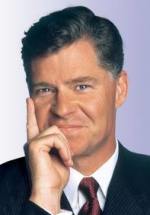 Outsports got some prominent featuring on today's Dan Patrick radio show. He had me on for about 15 minutes to talk about NBC not mentioning Mitcham' sexuality. I found DP very engaging (duh) and thoughtful on the topic. The discussion went on for another 20 to 30 minutes after I got off the phone between DP and a couple other guys on the show, as well as callers. Their conversation further strengthened my fear that many people in sports media just don't know what to do with gay sports stories. DP was wary of getting the story right, which was thoughtful and professional; my beef wasn't with him. The other guys, on the other hand, were against mentioning the gay aspect of the story at all and missed the journalistic angle of the story. As I've said, many people in sports journalism aren't journalists; they're just fans with a voice.

[Link to the audio, after the jump.]

I encourage everyone to take a listen. It starts maybe a third of the way through the recording. I think it really gives some great insight into the issues behind the struggle we face getting the sports media to cover the story, not necessarily because of homophobia, but a lack of recognition that gay athletes succeeding are, in today's culture, a story. My thanks go to DP for tackling the subject; he gets it. The other two guys, who argued that Mitcham's sexuality isn't a story, show how much education we still have to do.