Gym Sportsbar in West Hollywood opened Friday night to a packed house: When the doors opened to the general public at 9pm, the bar was already at capacity. The bar itself has a very different feel from the New York establishment: It's newer and sleaker; Instead of the brick of New York, it features a really cool basketball-covered wall; Blues and greys replace New York's reds and browns. The space itself is a little on the small side, but a large patio gives them a lot more room. The crowd was very similar to the New York bar's crowd: Racially mixed, skewing slightly older than the usual West Hollywood crowd. Cheer Los Angeles even came out to show their support!

When I went back Sunday night to watch the Chargers-Steelers game, the bar was again crowded. Lots of Chargers (and a couple Steelers) jerseys adorned the crowd. I even saw our very own Maddog, whom I hadn't met before, in his blue-and-gold. One of the owners told me they had a great weekend, which was encouraging to hear: I don't want my new favorite bar to anywhere anytime soon!

A couple more pics after the jump. 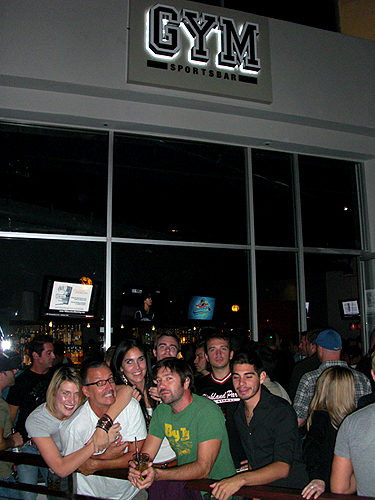 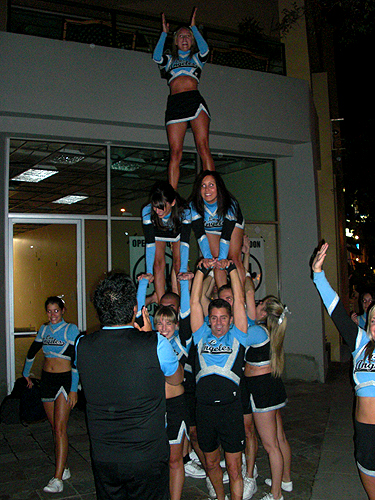