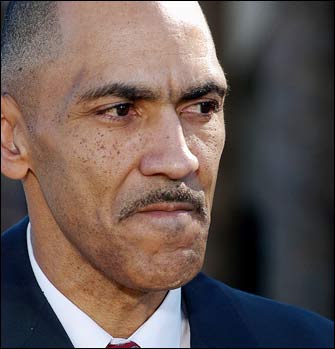 Also check out my column on this issue on the Huffington Post.

The Big Ten may have chosen the worst division names in history, but they outsunk themselves by choosing to name the conference's humanitarian award after openly homophobic Tony Dungy. The former Minnesota quarterback has raised money for a rabidly anti-gay organization that has fought to suppress the rights of gay people. But that's okay with the Big Ten, apparently. The Dungy-Thompson Award is also named for former Indiana RB Anthony Thompson...who is now a pastor.

I guess as long as you follow Jesus Christ you're a humanitarian in the eyes of the Big Ten.