Share All sharing options for: MMA fighter: Gay or playing gay on TV? 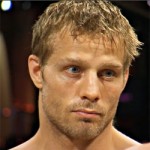 Nick Ring, a competitor on the current season of "The Ultimate Fighter" is either openly gay or so comfortable with his sexuality that he doesn't care if everyone else thinks he gay. After all, no other MMA fighter, when asked if he was gay, would answer, "No, but my boyfriend is." Nor would they have several stereotypical gay mannerisms down pat so well that it looks like it's them, not an act.

On a webcast extra recapping the latest show, Ring was asked if his strategy is "to make the other guys think you're light in the loafers?" Ring replies: "They're calling me gay anyway, I might as well play it up. Whatever."

"The Ultimate Fighter," seen on Spike TV on Wednesdays, puts 14 mixed martial artists separated into two teams in a house, living, training and fighting until there is one winner. Ring was the first pick of his captain Tito Ortiz in the current season and quickly the "is he gay?" question has popped up on MMA message boards. Beats me, but Ring, 6-feet-3 and from Canada, certainly appears like he's gay and addresses the question openly on his blog for the show.

For example, check out this "Late Night Man Massage" clip from a recent episode where Ring gets a 2 a.m. rubdown from a competitor:

Here is how Ring describes the reaction on his blog: 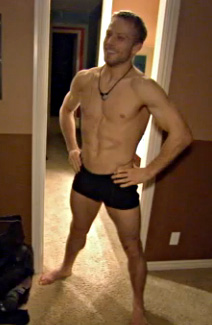 From their bedroom, [Kris] McCray loudly asks me a loaded question that goes a little bit like “Hey Ring, Why would you get a massage from a dude at 3 AM?” I knew exactly where he was trying to go with this one so I thought fuck it – I’ll play, so I answered “because I’m a big queer”.

They started laughing hard in disbelief at my remark, and I walked into their room and leaned my shoulder up against the doorway while I flossed my teeth. I knew that my reply would likely take most of the wind out of their sails but being the couple of Neanderthals they are, they relented by saying that I’m standing gay and tried telling me that I need to change my posture blah blah blah. I just thought it was funny so just poured it on more until they dropped it…

I didn’t realize how funny that would actually look on camera, but I was just kind of doing my thang. Me and my friends always joke around like this and I guess some people aren’t used to that, I got labelled a queer in the house pretty fast due to some of the shit that comes out of my mouth hahaha. I wasn’t really too bothered by it though, I know who I am and my friends back home know me and will just laugh about it anyway.

Fellow fighter Brad Tavares wrote this about Ring on his blog:

Now, if you haven't figured it out by now, I'm sure Nick's behavior in the staredown helped you realize that he's a little bit different. In all honesty, [Jamie] Yager was very homophobic around Nick, and Nick used to chase him around the house in his boxers just to freak him out.

I knew that Ring was a good fighter, and as my roommate, I learned that he was a very intelligent guy. It's just the role he plays. If you want to call Nick gay, then he'll act that way, and that's exactly what he did. In his interview to get in the show, they asked Nick about some of his effeminate mannerisms. He told them, "I'm not gay. My boyfriend is." That's just who he is. He has a real dry sense of humor, and he's going to be himself, and he doesn't care. He's a good fighter, and he can back it up.

There was even talk about Ring's mannerisms as sticks his arm out, wags his finger, shakes his head, and says "oh no, you didn't" prior to a fight on the show. And this was a gesture from the webcast, where he says "Suck it up, buttercup" when asked if the training was too intense: 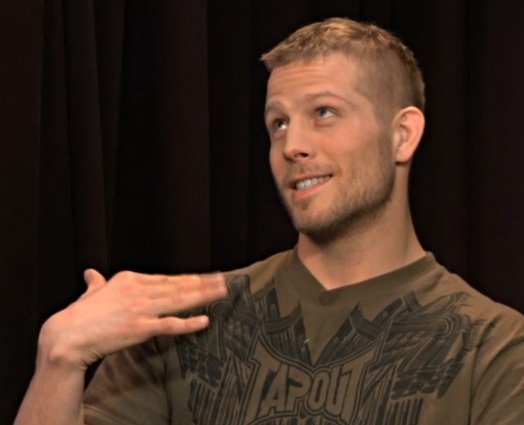 From his writing, it's obvious Ring is very bright and aware, and he can handle himself in a fight. So maybe he is gay, or just plays one on TV. What do you think?