Share All sharing options for: John Amaechi on state of sports homophobia 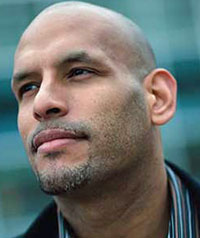 Despite all the work to open minds that John Amaechi has done in front of the camera and behind the scenes, some people in the gay community had turned a little sour on him because of a perception that he was being too dour in his assessment of homophobia in sports. A couple recent media appearances left people wondering if he thought gay people should stay in the closet (which he doesn't think).

That drove John to write a fantastic, insightful piece on his blog this weekend pointing out the nuances of his message. I won't try to sum up his post in a 10-word soundbite, but I will strongly encourage you to read it. He hits on various topics including something we've discussed at length here: the huge difference in outward homophobia between school-based sports and professional sports. It's your must-read of the day.