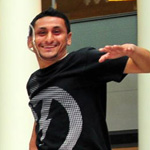 One in a series of first-person accounts of athletes attending the 2010 Gay Games in Cologne, July 31-Aug. 7. We invite anyone to send their story, along with a photo to: mail@outsports.com.

I am 23 years old and live in San Francisco. I play soccer and will be traveling to Cologne to play with the San Francisco Spikes.

I'm going to the games to win it all as the Spikes are the only American team competing in the first division of the tournament.

Aside from that, I am going for the experience. I came out a couple years ago while going to college in San Diego and have since been open about who I am. I have never attended an event of this magnitude, not even a pride event. So for me to not only attend but compete is a big thing in my life. 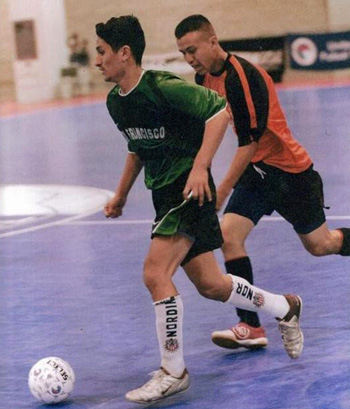 I consider myself an elite player, growing up playing in the best tournaments and winning and playing in college, so the stigma of being gay in a very "hetero-environment" was something very hard for me to overcome. When I played with the Spikes, I developed this sort of pride and intensity that I could not believe, especially when you beat a team full of straights.

The Spikes represent a community for me that shows the world that gays and straights can play, compete, and win. As soon as I met them, I knew that one day we could do something great just by playing. I believe that going to Germany, were going to do something worth being proud of.

We are the perfect definition of a team. We are friends on and off the field, compete with fierce pride, and win. I have never been on a team that is as close knit as this one. We all come from different backgrounds and parts of the world, but it seems that when you get us onto the pitch together that we are there for the same reason -- to win and have fun doing it.