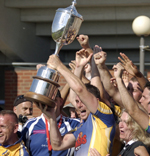 There is a new champion in international gay rugby, the Gotham Knights. The New York City squad beat two-time defending champion Sydney Convicts, 18-15, to win the fifth Bingham Cup, held in Minneapolis. The Convicts had won the event in 2006 and 2008, after San Francisco Fog won the first two cups.

Minneapolis-based photographer Grant Bowers shot the event and we will have a full photo recap. (Update: The photo gallery is up). But here are some pics of the Knights, including a team photo: 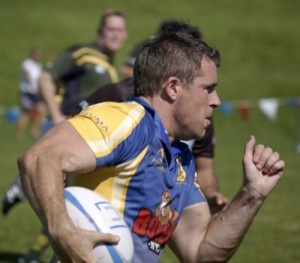 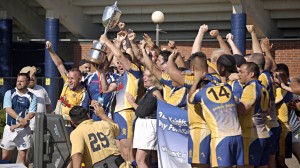