Esera Tuaolo talks about his arrest

Share All sharing options for: Esera Tuaolo talks about his arrest 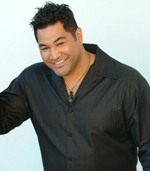 Openly gay former NFL player Esera Tuaolo was arrested last weekend after he turned himself in to police in Minnesota. He was charged with domestic assault and disorderly conduct. Outsports spoke with Tuaolo at length today about the incident, and he offered this statement:

This is a private situation that has gotten blown out of proportion by the media. My personal relationship is very dear to my heart, and it upsets me deeply that this private matter now has to be played out in front of the public. I love my boyfriend, and I am now focused on my loving family; I ask everyone for privacy as we work through this.

He also clarified that the person in question is not his ex-partner and father of his children, Mitchell Wehrley. However, Tuaolo and the other man are in a loving relationship.

Tuaolo said there is more to the story than what is being reported by the media, and that he looks forward to telling the full story at the appropriate time.