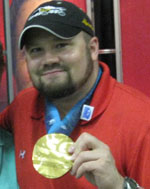 U.S. bobsledder Steve Holcomb and his four-man team captured a lot of attention by winning a gold medal at the Vancouver Olympics. Holcomb also turned a lot of heads in the bear community, which left Holcomb flattered by the attention.

Rafael McDonnell, a member of the Dallas Bears, wrote a terrific piece for the Dallas Voice this spring where he detailed how he and a friend stumbled across Holcomb's phone number and texted him during the Games. This also led them to a "Bears for Steve Holcomb" Facebook page, which has 1,869 members (Holcomb's sister and brother-in-law joined the group). This past week, McDonnell finally got to meet Holcomb, who was in Dallas for an event.

Jason [my roommate] and I both got pictures, and he told Holcomb that we were the two who were texting him while he competed in Canada. He not only remembered that, he also said that he suspected that the texter was a guy because we didn’t disclose a lot of personal information or offer up a picture. But, in his words, “That’s cool.” I told him about the column I wrote for the Voice and he got a big smile out of that.

Holcomb embraced the attention he received from the bears, another sign that more and more of today's jocks don't give a damn about someone's sexual orientation. 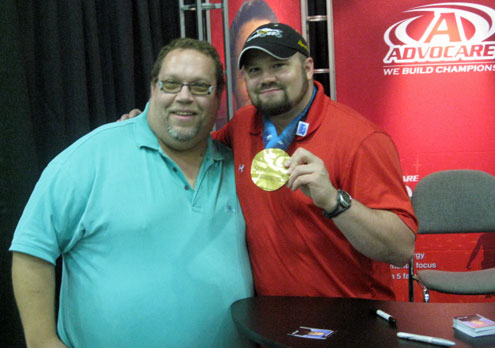 Holcomb with his bobsled mates: 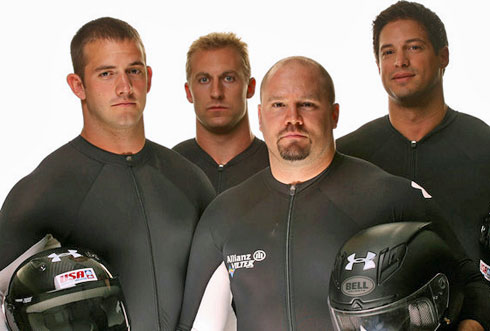