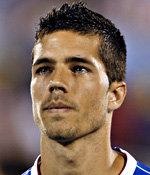 I don't know whether Gawker's Brian Moylan knows the game of soccer, but he certainly has an eye for the players. That's apparent in his entertaining list of the 10 hottest players on the U.S. World Cup team, which starts play Saturday against England. He says this about Benny Feilhaber (photo right):

Pros: For an American, Benny has a look like young European nobility, with dark hair and blue eyes. He is nothing short of dreamy.

Cons: He always looks very stoic in pictures, which means he's either an animal in bed or just incredibly boring.

And this about Oguchi Onyewu: 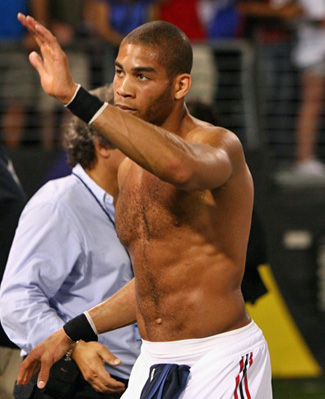 Pros: The body, the skin, the hair in all the right places. Yeah, Oguchi can score whenever he wants.

Cons: He sometimes has unfortunate facial hair configurations and we have absolutely no clue how to pronounce his name, which will make screaming it in ecstasy rather difficult.

Of his list, I think Feilhaber is the hottest, though he did get a haircut prior to landing in South Africa: 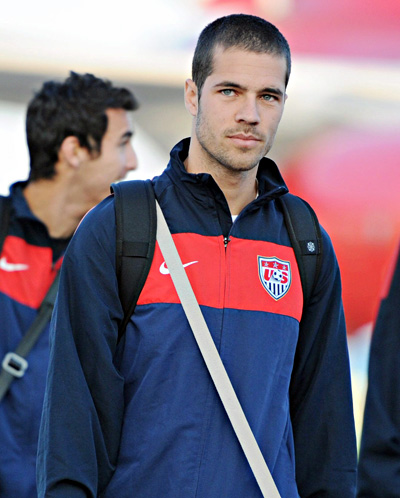