Share All sharing options for: Gay Games: Medals and memories 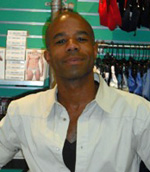 I plan on attending the Gay Games in Cologne for a number of reasons, but first and foremost will be because of the great camaraderie of relationships from previous Gay Games.

My first Gay Games attended was New York in 1994. I was only 29 and didn’t know what to expect. All I knew was that I was 29 in a category of 18 to 29. I trained hard with the San Francisco Track and Field club coached by the late, great Frank Demby. As a team, we achieved much more than I could ever imagine. We trained a few days a week and formed great relay teams and had a great time in preparation.

When I arrived in New York, I ended up competing in the 110 hurdles, 400-meter hurdles, triple jump, long jump, 4X100 relay and 4X400 relay. Besides winning the gold in both hurdle events combined with the triple jump and 4X100, I met great participants from the Czech Republic, Switzerland, Stockholm and Texas. Meeting other gay athletes from around the world who shared the same ideas of wellness, competition and a healthy lifestyle of taking care of ourselves was a general theme.

This set the foundation for the next couple of Gay Games I attended in Amsterdam in 1998 and Sydney in 2002. As we all are getting older, we may not be as fast as we were in 1994, but the challenge has shifted to who’s taking better care of ourselves. More importantly, it’s even better to see familiar faces every four years to celebrate the reason the Gay Games started, which was to promote the spirit of inclusion and participation, as well as the pursuit of personal growth in a sporting event. Don’t get me wrong -- I still want to win, but to be able cross the line of every race is an accomplishment in itself. 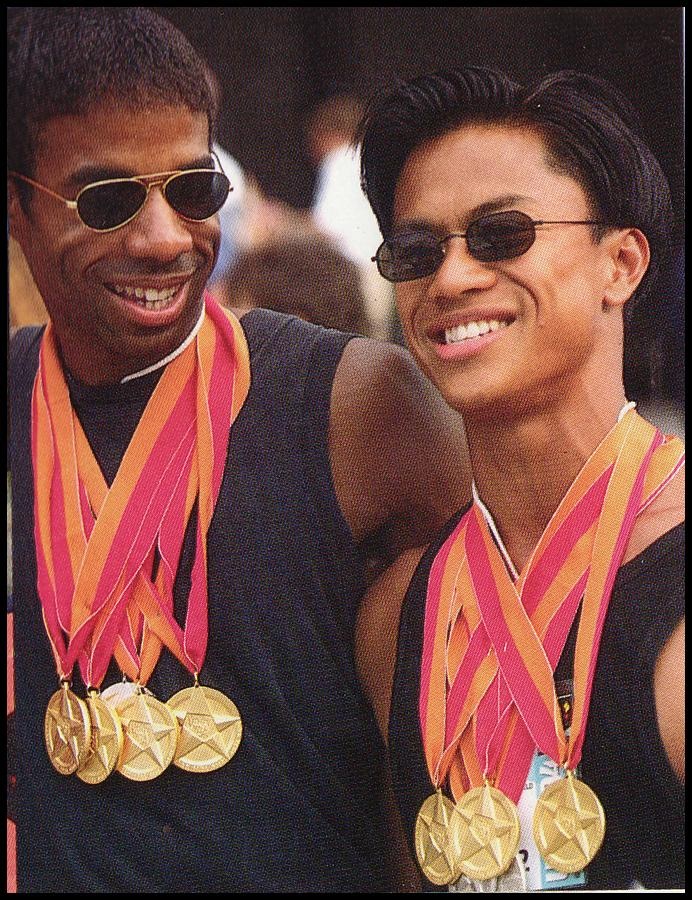 The other two reasons I plan on attending the Gay Games in Cologne is to hopefully achieve the times and or distances that will be recognized by the world as some of the best times and distances in my master’s category. Once I turned 35, it was great to start competing in the United States master’s and sub masters national track meets. After winning a couple of pentathlon championships and indoor master’s championships in the hurdles, it will be great to run times comparable to the times in the U.S. masters circuit.

Secondly, I am attending because I had to miss the Games in Chicago due to snapping my Achilles. It will be great to be back on the track again competing and doing what I love.

I have been struggling to get back on the track after snapping my Achilles five years ago. I have had a string of bad luck with putting myself back into great shape to sustain a series of injuries that are less serious and all related to my Achilles. From knee injuries due to overcompensation to pulled hamstrings, I have not been able to compete for the past three years at a level where I should be. The Gay Games have kept my head in the game for inspiring me to stay focused and to keep trying to put my best foot forward.

Every Gay Games that I have attended, I have also completely looked forward to trading San Francisco merchandise with other participants from around the world. I was amazed in New York, Amsterdam and Sydney with the time spent off of the track in coffee shops, museums and bars chatting with other participants and trading T-shirts, pins, singlets and maybe a phone number.

My favorite trade was in Sydney when I traded my SF tank top for a Team Wellington rugby shirt at closing ceremonies. The guy I traded with was in tears because the Gay Games were almost over and he was either drunk or saddened by this. I chatted with him and we traded shirts.

In Amsterdam, my favorite moment was walking the streets and coming across the Homo Monument. Two guys asked me to take their picture. As I took the picture, one of the men started to cry. They didn’t speak English and I didn’t speak their language but they had me in tears as we hugged and they said thank you.

I look forward to my trip to Cologne and my emphasis will be on competing, but even more important will be creating lasting friendships for the 2014 Gay Games in Cleveland.

After competing in Sydney in 2002, I wanted more people to see how amazing the Gay Games are and what they have achieved. I felt so inspired that I started a scholarship fund with Katharine Holland, a fellow San Francisco FrontRunner. Our goal was to give financial assistance to members who could not afford to attend the Gay Games. While the fund was not utilized in 2006, we are honored to have recipients utilize the funds to hopefully experience some of the great moments I have had attending the Gay Games.