Minnesota Twins host 'Out in the Stands' Friday

Share All sharing options for: Minnesota Twins host 'Out in the Stands' Friday 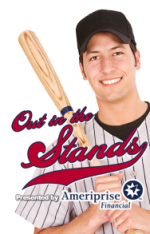 On the heels of a successful Pride Night at a Houston Astros game, the Minnesota Twins host "Out in the Stands" this Friday in a divisional game against the Chicago White Sox. We've gotten a report that over 1,200 tickets have been sold. The event is organized by Lavender Magazine, Minnesota's gay mag. This is the fourth year they are hosting the event.

Seeing back-to-back gay nights of over 1,000 people got me wondering why. Certainly community outreach and a close relationship with the teams are key. But on top of that, the games featured key matchups. These were not ho-hum matchups against the Orioles and Diamondbacks; both of these games were against division rivals with storied histories and both of whom are in the hunt for a division title (Chicago White Sox and St. Louis Cardinals).

Plus, look what you get for $25: Ticket to the Twins game, pre- and after-party and an "Out in the Stands" t-shirt. That's awesome!

Kudos to the Twins and Astros, and the local organizing committees, for hosting the event during these big matchups!