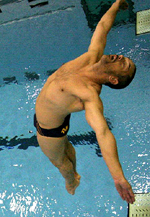 Edge magazine has done a nice job reviewing the Gay Games' new anti-doping policy and previewing the random drug testing that all Gay Games athletes will be subject to in Cologne. The issue has supporters and critics, benefits and potential pitfalls. While athletes in certain sports were randomly tested in Chicago in 2006, this is the first time all athletes will be subject to the testing. At the heart of the issue is HIV-positive athletes.

Organizers are bending over backwards to maintain that they are taking every possible precaution so that anyone taking one of the dozens of HIV meds on the market will not fail a drug test. They say they’re even making special accommodations for HIV-positive athletes who sometimes use drugs banned by the World Anti-Doping Agency.

How will Cologne make these accommodations?

If a random drug test reveals anti-doping substances, a three-member medical review commission of physicians will examine the person’s medical file. According to the FGG, the only grounds for disqualification will be if the level of the banned substance exceeds that of any prescribed medication.

Federation spokesperson Kevin Boyer told EDGE in e-mail that to avoid confidentiality issues, competitors with medical conditions can opt not to carry the forms with them when traveling to Germany or during the games.

"Participants who choose to be prepared to present the medical form can keep it in a safe location of their choice until (and only if) needed," Boyer said. "There may also be a postal address (to be confirmed) provided for those who don’t wish to carry the form with them."

It's a fascinating topic. While many view the Gay Games as a fun way to play sports and meet new people, many others view it as an elite-level sporting competition that should be governed by international sports competition rules. And people from both camps get what they're looking for; Now the elite athletes will have another piece to that puzzle. For those who are looking for a good time, only performance-enhancing drugs will be tested.

I personally see both sides and am not sure where I fall on the issue. It'd be ideal to have competitive and recreational divisions of sports at the Gay Games, but there frankly isn't enough participation to warrant that.