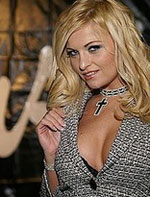 People have asked what we are going to do if Holland wins? All I can say is that I have stocked up on my handy wipes and you are going to have to follow to find out! As with all things in adult...we intend to give our followers a very 'happy ending'.

I am not sure how handy wipes fit into this (they're not promising hand jobs), but it's a clever way for them to promote themselves. Deadspin reports that the women pretty randomly chose the Dutch for their promotion after the U.S. and England were eliminated.

I will be curious as to how many actually get a freebie, but we can probably expect some dope to file a class-action lawsuit alleging unfair business practices. None of our readers will care about the promotion, though things would be different if this guy was making the same offer.