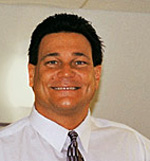 Add former Chicago Bears lineman Dan Hampton to the list of people making anti-gay comments in sports. In a segment on the "Pro Football Weekly" cable show, Hampton said this of the Dallas Cowboys while previewing the NFC East (video below):

"The Cowboys think they are Clint Eastwood; they're more of the 'Brokeback' variety if you know what I'm talking about."

Translation: The Cowboys are a bunch of sissy-boy fags and not real he-men like Clint Eastwood, so don't expect much from them this season. He said something even more offensive in previewing this week's Vikings-Saints opener in New Orleans:

"The Vikings need to go down there and hit that town like Katrina."

I'll leave the last word on Hampton to a commenter on the Dallas Morning News blog:

Dan Hampton is living evidence that one too many concussions can leave a person brain dead in their later years of life. Hope all this stem cell research can find some help for him some day. What home was he released from to make these nonsense comments?

Update: Hampton later apologized for both the 'Brokeback" and the Katrina remarks.

Hat tip for the item to Kathy.