Share All sharing options for: Ben Cohen, Hudson Taylor to work together 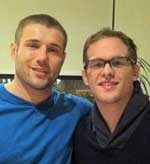 Ben Cohen and Hudson Taylor, the two strongest straight allies in the fight against homophobia in sports, met in New York this weekend and will work together on their joint passion.

Met Hudson Taylor last night what a great guy. We share the same passion on homophobia in sport and life in general. We also support the same charity's which are GLSEN and It Gets Better campaign. This guy is a wrestler and is well on the way to being a Olympic champion.

GLSEN is the Gay, Lesbian and Straight Education Network, designed to fight homophobia in schools. It has started a program geared to sports, and Taylor is a board member.

Cohen found out about Taylor through the latter's Athlete Ally project, which hopes to get pledges from sports teams to support gay athletes and fight homophobia. Taylor told me in an e-mail:

Ben came across Athlete Ally on twitter and loved it. ... I told him about the GLSEN Sports Project and my plans for Athlete Ally. He's really excited about it all and wants to help in whatever way he can. I was super pumped to hear about the incredible things he's been doing. He's such a composed, smart and meaningful person. I'm honored to have him on board helping with Athlete Ally.

Our meeting was entirely because of our affinity for equality and social justice. We definitely talked a lot about Athlete Ally - but also just connected on a lot of levels. We're both athletes in wonderful relationships with similar values. He's got adorable babies and is a really happy person. We're very much on the same page.

Cohen lives in England and is visiting the U.S. to kick off what he's calling the Ben Cohen Acceptance Tour 2011. Taylor lives in New Jersey and is an assistant wrestling coach at Columbia University. We need more networking like this. We run across people all the time who are doing their own thing to fight homophobia, but teaming up can expand resources and clout. There are no better supporters to have in this cause than Cohen and Taylor. 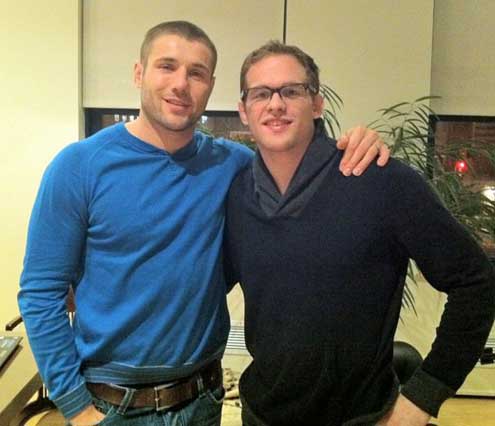 Cohen also hung out in New York with members of the gay-oriented rugby club Gotham Knights: 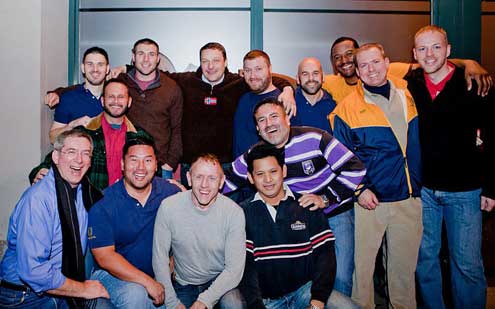