Share All sharing options for: Outsports nominated for GLAAD Award 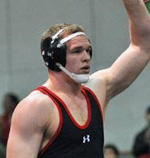 We were thrilled to hear yesterday that Outsports has been nominated for a GLAAD Media Award for the second year in a row. Jim's piece last winter that introduced Hudson Taylor to the world was nominated for best Digitial Journalism article along with four other articles.

Other sports pieces nominated include two documentary films (Prodigal Sons and Out. The Glenn Burke Story), an article on ESPN.com, an episode of Real Sports with Bryant Gumbel about transgender sportswriters and an article by LZ Granderson about Johnny Weir's sexual orientation.

We were very proud of the work we did in 2010 and also submitted three pieces that were not nominated: our video coverage of the Gay Games in Cologne, our groundbreaking article on Kye Allums and former college lacrosse captain Andrew McIntosh's first-person account of coming out.