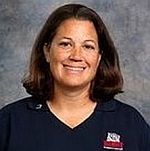 A couple months for allegedly firing head soccer coach Lisa Howe for being a lesbian, Belmont University trustees have added sexual orientation to their nondiscrimination policy. This comes just a day after ESPN Outside the Lines featured two segments on the controversy.

"This is a great victory for the values of inclusion, human dignity and respect," Howe said in a statement. "I am grateful to the Belmont board for recognizing that being gay and being Christian are not mutually exclusive. This is a landmark day."