Share All sharing options for: Fans, players deck out in pink to show support for openly gay Brazilian volleyball player 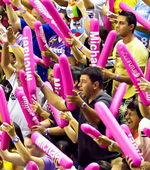 Last week we told you about the awful incident where 3,000 fans at a Brazilian pro volleyball playoff match taunted a gay player, Michael, with "faggot," which caused him to come out publicly after the match. On Saturday, Michael's team, Volei Futuro, played host to Sada Cruzeiro in Game 2 of their best-of-three series and the reaction was nothing but love.

Michael's teammates wore pink warm-up shirts in support and one player wore a rainbow-colored jersey during the match. And fans rapturously clapped pink thundersticks emblazoned with "Michael" all throughout the match. And after Volei Futuro won a pulsating five-set match to stay alive, the sound system played "I Will Survive." It was quite a scene as this video shows.

From an online translation of the account of the game, Michael said: "The music I want? You've heard the [song], right? 'I Will Survive.' This song can be it then."

The website Volleywood has been doing a terrific job of following this story and hopes it proves a turning point:

We’ve said this before but we just want to let everyone know out there that volleyball has room for you regardless of what and who you are. Michael’s story has inspired a lot of people. Those 3,000 people who chanted homophobic slurs against him are outnumbered by the fans from all over the world who have showed love and support for Michael.

His tale marks the beginning of a battle against prejudice and inequality in the world of volleyball.

The deciding Game 3 of the playoff series will be held Friday back on Sada Cruzeiro's court where the homophobic taunts occurred. It will be fascinating to see the reaction this time. Michael's story has received huge play in Brazil, where volleyball is a major sport. Will the same fans calling Michael a "bicha" do it again and risk public ridicule or will their homophobia win out?

Here are some great images from Game 2, courtesy of the Facebook page of Volei Futuro: 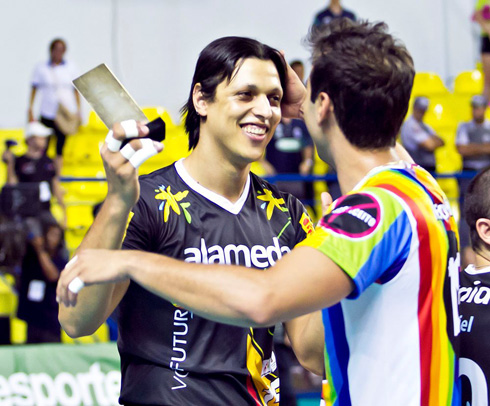 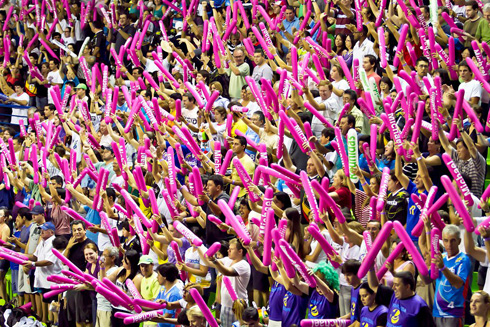 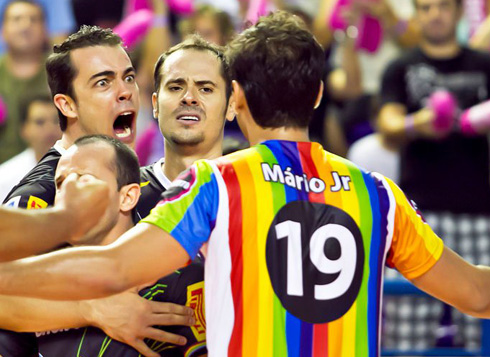