Chris Kluwe is Salon's Sexiest Man of the Year

Share All sharing options for: Chris Kluwe is Salon's Sexiest Man of the Year 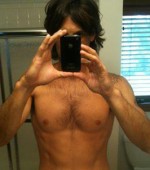 Being a huge advocate of same-sex marriage and posing shirtless for a gay magazine are not common for pro athletes, but Chris Kluwe of the Minnesota Vikings can lay claim to both. For his passionate support of marriage equality, Kluwe was named by Salon magazine its Sexiest Man of the Year for 2012.

We've written tons about Kluwe's fight for gay marriage in Minnesota and Salon hits all the social and political angles, but what I cared most about was the sexy angle. From the Salon interview:

Those shirtless photos for Out magazine, I’ve seen them circulated online by men and women alike. What’s it like suddenly becoming not only a sex symbol, but a sexuality-spanning sex symbol?

It’s a little weird because I’m a nerd video game player. It’s a little odd. I’m sure my wife is thrilled, though.

Yeah, I was going to ask how she feels about all of this.

Well, it’s funny because she’s the one who really wanted me to pose shirtless for the magazine. That was her one request: to do it topless so that she would have the pictures.

And she doesn’t care about strangers ogling you?

She knows that I’m very committed to her so I think she knows it won’t be a problem.

Have you gotten any ribbing in the locker room about that shoot?

Oh, of course. That’s just a given in any locker room when anyone does a photo shoot. But I think if Tom Brady can pose with a baby goat I should be able to pose with my shirt off.

Kluwe is sexy, but he is hard-pressed to top his teammate Adrian Peterson or Broncos receiver Eric Decker, but our team is big enough for all three. Kluwe tweeted this after the Salon article came out: 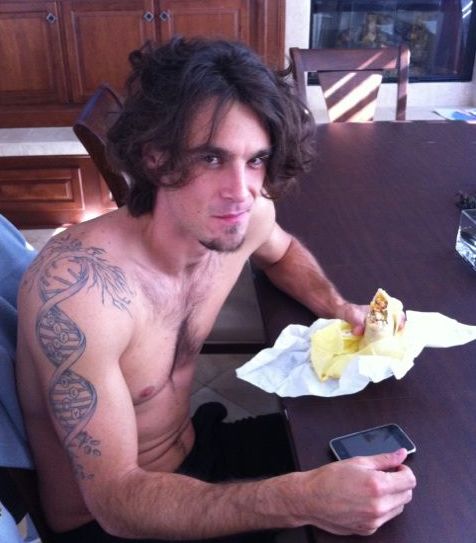