Share All sharing options for: GO! Athletes is making waves for LGBTQ athletes 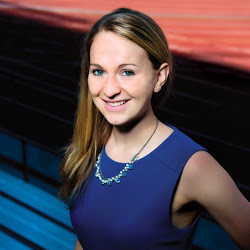 In 2008, eight student-athletes came together to form GO! Athletes (formerly known as Our Group) in order to address the lack of advocacy and support for LGBTQ student-athletes. GO! (Generation Out) Athletes is the oldest national network dedicated to LGBTQ student-athletes. Over the course of this year, we younger generations of student athletes have witnessed a momentous move forward in the movement for LGBTQ equality in our Nation. Studies have shown that younger generations are more open and likely to support LGBTQ rights than ever before. As a result, LGBTQ athletes are increasingly becoming leaders and role models for other athletes.

In recent months, there has also been a great amount of media attention on the need for pro athletes to come out in order to address the lack of out role models for young athletes. Yet we believe that instead of waiting for “big name” celebrity athletes to come out of the closet, we younger generations need to do something about the problem in the present time. Though the “millennials” have been called impatient when it comes to waiting for change, the truth is, we are the future pro-athletes.

To symbolize the change in the movement and our own organization, GO! Athletes held a re-launch event in Philadelphia at the University of Pennsylvania last month on National Coming Out Day October 11th, 2012. Just like a team that won its first championship game, the momentum behind the formation of GO! (Generation Out) Athletes has been nothing short of a home run.

With a packed audience of students, coaches, and sports fans from all over the Philadelphia area and throughout the nation, keynote speaker and D.C. United professional women’s soccer star, Joanna Lohman, captivated the audience with her powerful story and her struggle of “constantly coming out.” Two other out athletes also courageously told personal stories of the experience of being an out athlete.

While being gay in the United States was one thing, Lohman explained, being gay and an American female athlete in another country had its own set of challenges. She shared stories about her volunteer work with Joli Academy, a non-profit she started with fellow out soccer star Lianne Sanderson to bring soccer to thousands of young girls around the world. She recalled how young Jamaican children tell her, “Ma’am, you look like a boy.” Though Joanna smirked and joked about the incidents, (she confessed she resorted to showing the kids cell phone pictures of her in a dress to prove she was female), it was obvious these comments made her reflect painfully about just how much farther the movement still has to go.

That night, the audience also heard the stories from other athlete role models, such as former Division III NCAA Football captain Brian Sims, a State Representative-Elect who is to become Pennsylvania’s first openly gay state legislator. Varsity swimmer Dan Gutnayer shared his perspective as a current student-athlete at the University of Pennsylvania and how his own coming out to his swim team (on the first day of practice!): he told us the “team went from having no fully out members of the team to having six including myself.” Dan wasn’t sure how the courage came to him that day and that he never regretted his decision to tell his teammates.

Yet it wasn’t just the speakers at the event that made the re-launch event so meaningful. The event was significant because of the connections, friendships, and history that was made and shared that evening. Sitting down with a young man named “Pete” reminded me about why us GO! Athletes need to keep reaching out to one another.

“Pete” confided in me about his struggle to come out and his fear in doing since he had a reputation as a jock in his hometown. Before tonight” he told me, “I never thought I would I ever be here, at an event like this, right now. I also never thought about coming out to my friends. I figured I’d get a girlfriend and maybe marry her…because I didn’t think there were other people who were gay that were like me…” His words made me flashback to my high school days, when I too knew of no other openly bisexual people, let alone one who was a successful athlete, in my graduating class of over 400 students.

Over the years, I have spoken to audiences and written about the isolation I felt being the “only” queer student athlete. Little did I know when I was 16 years old that there were countless other student athletes who felt the same isolation that I did growing up. Pete’s confession reinforced the importance of an organization like GO! Athletes and our vision of a strong network (“team”) of LGBTQ athletes.

You have the power to educate yourself as an ally. There are positive and negative consequences to your words: An article published this week by Outsports.com describes how “casual homophobia” impacted the suicide attempt of a young athlete named James. Becoming an ally will not only make you a more supportive person, it could also save the life of a friend or family member.

And…if you do identify as LGBTQ and want to come out, we are here to support you. If you are already out, we want to help you share your story and empower others to do the same.

This is neither the beginning nor the end of the conversation on LGBTQ athletes in sport. Many activists have come before our generation and pioneered movements that made the world a more accepting one for today’s youth. Our task is to unify our voices, become more visible, and for you to empower your peers to join us. The stories of LGBTQ athlete role models at your schools and in your communities are waiting to be shared. The GO! Athletes movement envisions what occurred in Philadelphia as just one of many grass-roots awareness events that can and will occur across the Nation.

We hope you will join us as part of the next generation of out athletes. We believe the best team leaders are ones who are always trying to be become better, smarter, stronger, and unified together. Now is the time to put our hands together in the huddle, to become allies, empower our teammates and coaches, and say to one another “we support you.”

Join us as we educate allies and empower our friends: It’s GO! Time!

You can reach Anna and the fine folks at GO! Athletes on their Web site.