College has taken the proverbial ball and run with it

Share All sharing options for: Impact of Hudson Taylor's Athlete Ally being felt at Whitman College 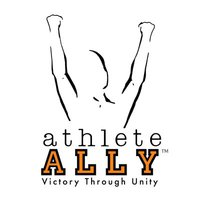 When Hudson Taylor founded Athlete Ally in early 2011, he was a one-man band. Just over a year later, his organization has spread to various colleges across the United States. Taylor first introduced Athlete Ally to Whitman College in the autumn of 2011. Since then, it's taken a life of its own.

To me, one of the hallmarks of building a successful organization is when stories are written about what you've built...and you're no longer a part of the story; The organization has grown beyond you. The fact that this Whitman College newspaper article doesn't mention Taylor is a huge testament to his vision, his hard work and his dedication:

Since then, the presence of Athlete Ally has continued to grow, according to student leader senior Alice Minor. “It has sparked a lot of conversations among athletes,” said Minor. This, according to Minor, is the way it should be. “Athletes can and should be leaders. The push for gay rights shouldn’t always be coming from gay people.”

Another student leader at Whitman is senior Matt Rowett. Rowett made sure to stress that this is only the beginning of Athlete Ally’s mission.

“In general, we’ve had a good start, but there is still a ways to go. We have only started the conversation,” said Rowett, who is also the captain of the men’s swimming team. He believes that athletes sometimes get so caught up in the grind of their sports that they lose sight of the other values that team athletics teaches. “Athletes become hyper-focused at times. Team unity is something that is a backdrop, but never actually talked about,” said Rowett.

Thanks to everyone involved for making Whitman College a more friendly place for LGBT athletes!