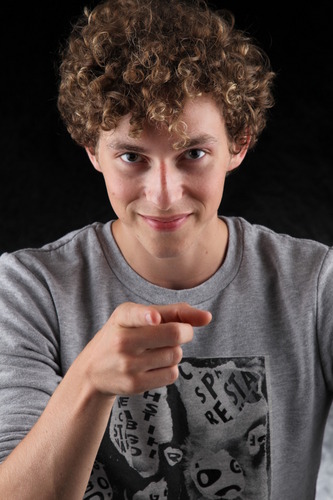 The World Figure Skating Championships concluded in Nice, France last weekend, but don’t be surprised if you missed it. For the first year in recent memory the Worlds did not receive a moment of live broadcast time on any major network. Taking into account what happened, this might be for the best.

In an era in which U.S. Figure Skating desperately seeks a star to hold onto waning public interest in the sport, the four American singles skaters who competed not only failed to make the podium but posted the worst combined placements for the U.S. Team since World War II.

On the men’s side, U.S. Champion Jeremy Abbott continued his streak of phenomenal performances at U.S. Nationals followed by lackluster efforts two months later at the Worlds. He finished in eighth place with a score of 226.19—over 40 points behind that of eventual champion Patrick Chan of Canada. Abbott went into the event as a strong medal contender; The score he posted at the U.S. Nationals in January would have won the gold this weekend. Also disappointing was the performance of U.S. Silver medalist Adam Rippon (above), whose error-ridden performance landed him in 13th place with a score nearly 25 points behind his total at Nationals.

The true disappointment, however, was on the women’s side. The United States has an illustrious history of podium finishes at the Worlds dating back as long as the event itself. In only two years between 1965 and 2006 did an American woman fail to win at least the bronze. Two-time national champion Alissa Czisny went into the event as a strong contender for the gold, then fell seven times in as many minutes of skating, finishing in a truly horrifying 22nd place.

The only bright spot in the singles events was the performance of Ashley Wagner, who capped off recent wins at the U.S. Nationals and the Four Continents Cup with a strong free program that landed her in fourth place overall. While it was certainly uplifting to see an American woman skate a clean free program, considering the results of the other competitors it was almost too little, too late.

Perhaps we’ve been spoiled by decades of dominance in skating, but for now American skating fans are disappointed with what we’re seeing from our team in international competitions. When Michelle Kwan stepped onto the ice, regardless of the end result, you knew that she was going to fight through every element. She may not have won the gold or been perfect every time, but a total meltdown was not on the table—you could see it in her eyes. The same can be said of skaters like Evan Lysacek and Johnny Weir in recent years, but this presents another problem. Those who reach the pinnacle of the sport often retire or take years off at a time for various reasons.

The leftovers are what currently make up American men’s and ladies figure skating. It’s not the fault of the judging system, the lack of airtime or money paid to skaters. American skating simply lacks the type of true, hardcore athletes that make other sports great. Where are the Venus and Serena Williams of figure skating? The athletes who don’t just have the skills to compete at an elite level, but show up to fight on game day. Even more frustrating than the apparent lack of fight in these skaters is the PR-friendly quips following their disastrous performances. It’s typical to hear a skater say something like, “Well I just went out there and did my best, I fought for every element, and I’m proud of the way that I skated.”

Would Tiger Woods say this after a triple bogey on 18 consecutive holes? Would Peyton Manning say this after throwing an interception on every single possession in the Super Bowl? Get real, people. The big difference between skating and more mainstream sports is accountability; skaters do not have multi-million dollar contracts to live up to or legions of fans (with the exception of Mr. Weir), and regardless of what happens at the Worlds they all start each new season with a clean slate.

Ironically the the culprits (Czisny, Abbott and Rippon) all train together with the husband and wife coaching team of Yuka Sato and Jason Dungjen in Detroit. Sato and Dungjen have garnered a reputation for successfully working with talented skaters who have been hampered by issues with confidence, nerves, and focus.

As a fan, I don’t care so much about medals. One of the things that makes figure skating special, in my opinion, is the fact that I find myself cheering not exclusively for the Americans, but for the skater who delivers the best performance on game day. Daisuke Takahashi of Japan, one of my favorites in the sport, brought the house down with a spectacular free program that won him the silver in Nice.

The performances of the top three finishers in both of the singles events were thrilling to watch and would have been extremely difficult for even the best American skaters of years past to contend with (Evan Lysacek’s score that earned him the upset gold in Vancouver would only have been worth a bronze last weekend). I just want to know that when a skater shows up at the Worlds to represent my country that they won’t implode, and I certainly don’t want to keep sending the same skaters back when they prove year after year that they are simply not up to the challenge. I understand that it takes years of senior level competition for skaters to peak, but come on. Abbott and Czisny have 15 years of combined international experience. What’s the hold up?

It will be a long summer before the competitive season starts up again with the Grand Prix series in October. With the 2014 Sochi Olympics looming the prospects for Americans aren’t all bad. Evan Lysacek and Johnny Weir are both actively training and likely to compete next season. After years of inconsistency, Ashley Wagner’s last 3 competitions of the season show enormous promise for the future. America is stronger than ever in Ice Dance with second- and eighth-place finishes last weekend (if you’re into that sort of thing; I’m indifferent). Like all American skating fans, I’ll just have to sit back and wait to see what happens next season.

As my boyfriend Nick says, “The Worlds is a scary place.” He’s not a skating fan, and it looks like it’ll take me another season to convert him.