Share All sharing options for: NFL, rugby players dominate Sweet 16 in King of the Harwood voting 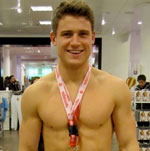 Voting has started in the Sweet 16 of the King of the Hardwood contest, and it is dominated by NFL and rugby players. Still alive is 2011 champion Eric Decker of the Denver Broncos, one of six NFL players. One to keep an eye based based on his photo for aussieBum (full photo below) is 23-year-old English rugby player Alex Cheeseman, one of four from his sport.

Here are the matchups in the Sweet 16 (vote here):

Yes, you will notice that all 16 jocks are white. Layne, aka Mariner Duck Guy from our discussion board, is very inclusive when assembly the full field of 64, so don't blame him if these guys are not your taste, but those are the ones who got the most votes. Layne even detected some ballot-box stuffing that he investigated this year.

As promised, Alex Cheesman in aussieBum: 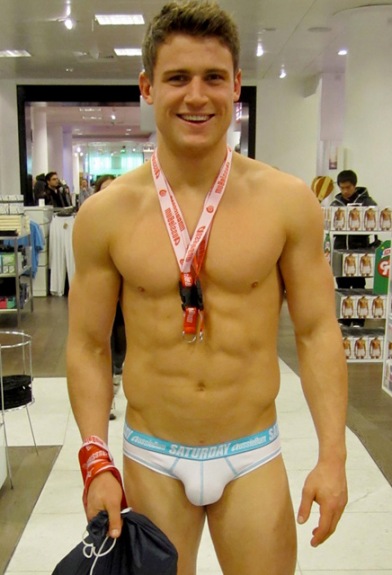