Share All sharing options for: Maryland politician now says Brendon Ayanbadejo has right to speak in favor of gay marriage 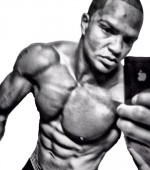 Maryland politician Emmett C. Burns Jr. has taken a ton of criticism after he said the Baltimore Ravens should punish linebacker Brendon Ayanbadejo for speaking out for same sex marriage. Burns, a Maryland House delegate opposed to a gay marriage bill awaiting voter OK this fall, has now changed his stance.

Technically, Burns (and those who ripped the politician) are wrong when they say this is a First Amendment issue. That deals only with the government restricting speech. The Ravens, being a private business, could have theoretically punished Ayanbadejo for speaking out and it would not have violated his constitutional rights.

The Ravens ignored Burns and offered a full-throated defense of their player. Ayanbadejo told the Sun that team president Dick Cass was among those offering their support.

Ayanbadejo said Cass stopped him in the hall at the Ravens' practice facility Friday afternoon to let him know the team supports his right to free speech.

“He [said], ‘We're in support of you, and it's good that you're able to voice your opinion and say how you feel,'” Ayanbadejo said. “Dick personally told me that we're not an organization that discriminates.”

More surprisingly, Ayanbadejo said even Steelers fans have lent their support; talk about dogs and cats living together. As far as Burns changing his tune, the player told the Sun it is "a little too late from a damage control perspective" but hopes that Burns will "open his heart" on the issue.

Ayanbadejo's response to Burns has been low-key and the story did not get too much attention initially. Then, Minnesota Vikings punter Chris Kluwe (himself a same-sex marriage supporter) wrote an obscenity-laced tirade against Burns on Friday that went viral, generating 1.6 million page views on Deadspin, being linked from dozens of sites and generating a bunch of related stories in the mainstream media, including a front page sports story in Sunday's New York Times.

Far from silencing Ayanbadejo, Burns has instead empowered him and raised the profile of the marriage issue. From a political point of view, it was a giant whiff by Burns, for which we can be grateful.