Manti Te'o spent 500 hours talking to a man, claims he thought it was a woman

Share All sharing options for: Manti Te'o spent 500 hours talking to a man, claims he thought it was a woman 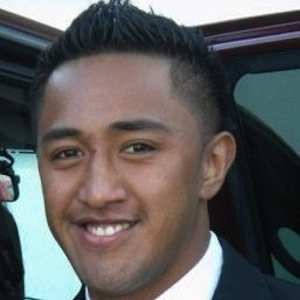 The Manti Te'o hoax story just got, well, gayer. Ronaiah Tuiasosopo, the man clearly involved with the "Lennay Kekua" hoax, now claims it was he whom Te'o spoke with on the phone for over 500 hours (that's the equivalent of 21 days). Te'o has maintained that he thought it was Kekua, a woman, on the other end of the line.

From ESPN, which obtained the phone records of Te'o:

The records show that in that four-month span -- when Te'o has said he believed Kekua to be in a Los Angeles hospital recovering from an accident and being treated for cancer -- Te'o made and received more than 1,000 calls totaling more than 500 hours in length from the same number in the 661 area code. The 661 area code covers Lancaster, Calif., which is part of Los Angeles County. The source told Schaap that Te'o believed the 661 phone number in question was Kekua's.

Of these calls, 110 were more than 60 minutes in length, including several that were several hundred minutes long. In an ESPN interview Friday, and in interviews with both ESPN and Sports Illustrated last fall, Te'o said he was on the phone "every single night" with a person he believed to be Kekua, often for long stretches late at night.

The area code 661 is located in Southern California.

Some have ripped anyone for posing the question, "Is Manti Te'o gay?" I posted it last week after hearing that very question from straight and gay people around the country. The more we find out about the story the more people are believing the answer is, "Yes." It's hard not to.

This is exactly the scenario laid out by the people who have questioned this: The two men had a relationship and, to hide it, they concocted this story about a woman. The fact that they were, in fact, talking to one another on the phone builds momentum for the theory -- again, it's exactly what the theory explains.

Tuiasosopo's lawyer offered a fascinating theory about Te'o believing Tuiasosopo was a woman:

"Come on, Hollywood does it all the time. People can do that."

Hmmmmmm, OK. Here are some of the best actors in the business impersonating a woman. You know what all of these men need to pull it off? A willing cast. A group of other actors who are willing to ignore the fact that they don't really sound like women and who are happy to play along.

The only way Robin Williams is "Mrs. Doubtfire" is if Sally Field wants him to be.

And the only way the man below is a woman over the course of 500 hours of phone calls, without ever suspecting something...is if the person on the other end wants him to be...