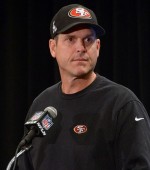 San Francisco 49ers defensive back Chris Culliver faced the media at the Super Bowl a day after making anti-gay remarks and this time he sounded sincere in his apology. Culliver addressed a throng of reporters in New Orleans alone and by accounts sounded contrite. Coach Jim Harbaugh called what the player said to a radio shock jock "hurtful and ugly."

"I apologize. I'm sorry," Culliver said. "It's not what I feel in my heart. I know I will learn from this. ... It is a big deal. "I'm addressing it so it does not escalate and bring distractions to my teammates."

The San Jose Mercury News said Culliver changed his mind after talking to his mother, a gay relative, teammates and Harbaugh. Albert Breer of the NFL Network said Culliver met with nine 49er officials, including coaches and management. Culliver had told radio host Artie Lange, "I don’t do the gay guys man. I don’t do that. No, we don’t got no gay people on the team, they gotta get up out of here if they do. Can’t be with that sweet stuff. Nah…can’t be…in the locker room man. Nah.”

One teammate who talked to Culliver was fellow safety Donte Whitner, one of four 49ers who did a video for the It Gets Better campaign. Whitner had some powerful words for the media:

Harbaugh, who said that he would welcome a gay 49er, had a private talk with Culliver on Wednesday and addressed the media on the matter today. Harbaugh said he was convinced Culliver was not a bigoted person.

"It's going to impact him going forward," Harbaugh said. "He will learn about himself. I hope and pray it affects him in a positive way going forward. ... That's not who he is and not what believes in. It took the incident -- to hear those words being said, and to see them written on paper -- to realize those were hurtful and ugly. I really believe this is something he'll learn from."

This is about a strong response from an organization as one could hope for. The 49ers could have simply avoided the subject and let Culliver's initial weak non-apology stand. But they were up front with the media and addressed the issue head on. Yes, part of that was to make the distraction go away, but Harbaugh and Whitner also did not minimize what Culliver said. It might turn out, as Cyd wrote, that Culliver did more to raise awareness of the issue than a 1,000 PSAs. 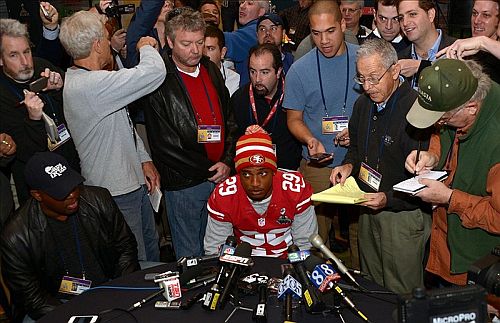