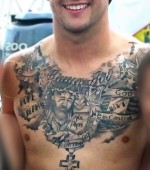 I always get amused and a bit peeved when someone will argue that gay guys are obsessed with sex. My retort is that guys are obsessed with sex, whether gay, straight, bi or questioning. Exhibit #5 trillion is the Twitter explosion over Katherine Webb, the girlfriend of Alabama quarterback A.J. McCarron. Webb is Miss Alabama, so there's no denying her sex appeal, though why she dates a guy with a horrible tattoo like McCarron is beyond me (photo below).

The 'Bama-Notre Dame BCS title game is so dull and lopsided (28-0 Tide, as I write this), that Webb is trending on Twitter and gained 50,000 followers and counting since ESPN showed her in the stands. Adding to this is how ESPN's Brent Musburger verbally ejaculated over Webb and McCarron's mom; Musberger is 73, and it was a tad creepy (Deadspin has the video).

After Alabama's fourth touchdown, ESPN showed Webb again, figuring it was the only way to keep their audience.

McCarron is a good-looking guy, but then I saw his hideous religious chest tattoo and that knocked him down 10 pegs: 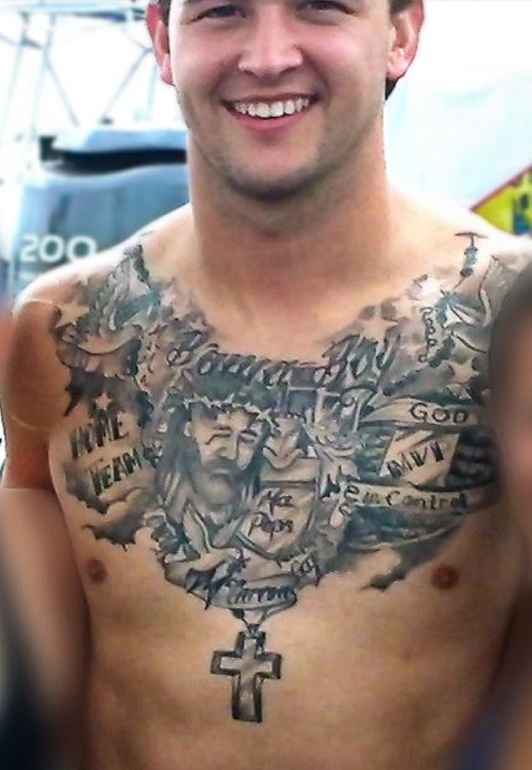