Annenberg Institute of Sports, Media & Society presents three days of conversation about the intersection of the media, sports & the LGBT community

The University of Southern California's Annenberg School for Communication and Journalism will host a series of conversations about the media's role in the shifting dynamics between sports and LGBT issues titles, 'Sports and the LGBT Experience.' The event is the brainchild of Adam Amel Rogers and Evan Brody and hopes to draw academics, media professionals, students and members of the local community.

The conversations are open to the public and will be held a the Annenberg School on USC's campus on Watt Way, Oct. 22-24. The event will start at 12pm and go to about 3:30pm each day. RSVP to USCLGBTSports@gmail.com.

You can see a full schedule run-down here: 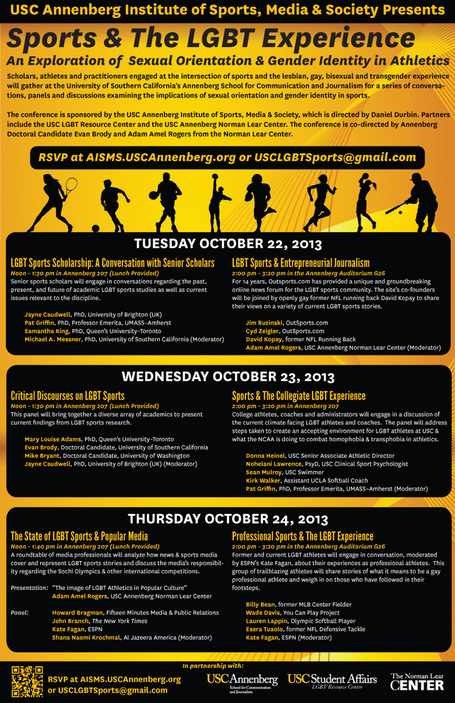