'An Orphan No More' tells the story of a father and an orphan who don't look the same.

Olympic diver Jordan Windle wrote a new children's book with one of his two dads. 'An Orphan No More, the true story of a boy: chapter one.' Jordan was an orphan in Cambodia before being adopted by the book's co-author, Jerry Windle. The real-life family is rounded out by Jerry's partner, Andres Rodriguez.

The book tells the story of Rodney the rooster, who's told by the other farm animals that he cannot be a father without a hen. One day he stumbles across an egg that no one wants. He hatches the egg and a little duckling emerges. When the duckling meets some young friends his age, they tease him about not having a mother and about the fact that he doesn't look like his dad (Jordy is brown and Rodney is white, just like Jordan and his dads).

Watching Jordan grow as an elite athlete and as a remarkable young man inspires me every day and has proven something which I have long advocated: Where there is love, there is family. Jerry and Jordan are family.

You can purchase the book at anorphannomore.com. Proceeds from the book will help pay for Jordan's training as he aims for the Summer Olympic Games in 2016 and 2020.

Read a review (or rather, a longer summary) of the book here. You can follow Jordan on Twitter. 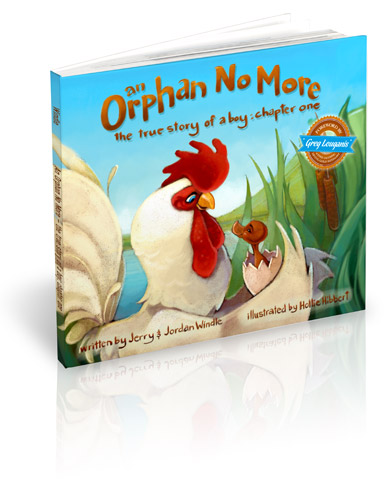 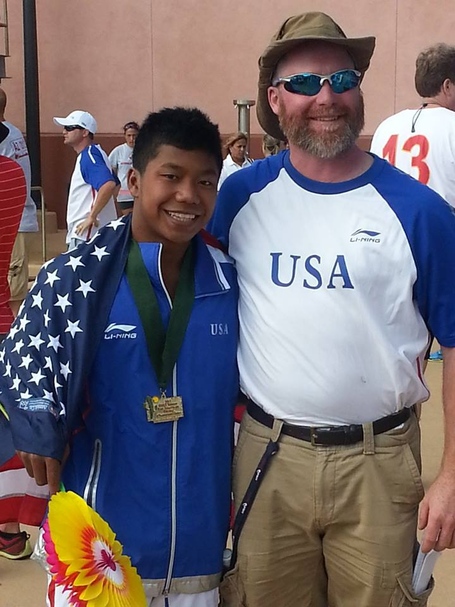