Major League Baseball's RBI program -- Reviving Baseball in Inner Cities -- hosted an institute last week in Orlando last weekend for community organizers across the country. The design of the program is to build communities where inner city youth, many of whom are black, can safely play baseball.

One of the sessions was centered around LGBT athletes and homophobia in sports. GLAAD's Aaron McQuade talked first with the group of about 70 attendees, giving a lay of the land of LGBT youth in schools including statistics and insights into how coaches might create inclusive sports environments.

Wade Davis and activist Darnell Moore presented an interactive workshop that brought the coaches and administrators into the lives of LGBT youth. As they walked into the room, each attendee was given the identity of a lesbian high schooler or a straight student with two fathers. Throughout the presentation, the adults were asked to assume their new identity and put themselves in the shoes of that young person trying to reconcile sexual orientation or gender identity with sports.

"We didn't want to create a space where we come in as experts an speak in a one-sided way," Davis told Outsports. "A lot of people talk about coming out. We talk about inviting in, to reach out to LGBTQ young people and invite them into sports. That's what we wanted to convey."

Amazingly to the two men, they faced little opposition and saw powerful support for their message.

"I went into this with a particular thought that this was going to be very hard," Moore said. "But I walked away rethinking that bias. A lot of the folks who spoke said they are trying to create sports families, and sportsmanship is about creating communities. I learned a lot about the desire for folks to crate a welcoming environment, and they need to know that there are others beside them working toward the same goal."

For Davis, who has been in the sports world for most of his life, the positive reactions were also a welcome surprise. While he's seen the face of professional sports shifting on LGBT issues, he didn't expect the thoughtfulness and enthusiasm he experienced with these local youth-league leaders.

"We're seeing a transformation in the nation. We're seeing coaches who are much more empathetic. We had many people say this was their favorite part of the whole program. And to have that type of feedback was amazing. I think what they appreciated is that instead of talking to them, we talked with them."

By all accounts, the discussion was a big success. Davis said he has already been approached by various people, including an MLB team, to lead similar discussions in their area.

"The feedback we've received from league executives has been overwhelmingly positive," McQuade said. "MLB recognizes that it's not just the pro leagues that need to begin operating with more of an eye towards LGBT inclusion. There's work to be done at all levels, and the choice to invite Wade, Darnell and myself to this conference seems to have been a positive one for all involved." 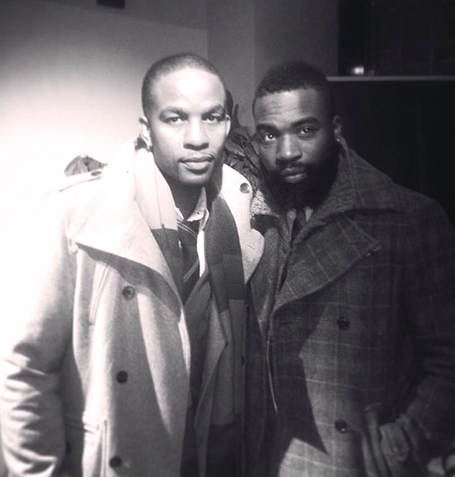