Outsports joins LGBT sports icons like Dave Pallone, Andrew Goldstein, Dave Kopay and many others in the Hall of Fame

The National Gay & Lesbian Sports Hall of Fame inducted its first class on Friday, Aug. 2, at the Center on Halsted in Chicago. Included in the first class are 26 individuals and organizations representing athletes, fans, coaches, executives, activists and journalists.

I said in my very brief remarks at the ceremony that the Hall of Fame is important for two big reasons. The first is the ability of the Hall to share LGBT history. We don't teach LGBT history to our youth in schools, and we have precious few avenues to pass it down. It's something we've focused on at Outsports, including our list of 100 key moments in LGBT sports history two years ago. That the Hall of Fame now helps us tell the story of LGBT sports history is its most important role.

The other piece that is so important is to bring these powerful members of the LGBT sports world together. The reason I wanted to start the LGBT Sports Coalition was to bring all the folks doing this work together to work as a united team; The Hall of Fame is another great opportunity to do that. Watching former MLB umpire Dave Pallonetalk with ESPN baseball writer Christina Kahrl about being fired by baseball for being gay, and what needs to be done going forward to prevent it, is powerful stuff. That doesn't happen without events like the Hall of Fame induction ceremony.

Jim Buzinski and I were also very proud to see Outsports in the Hall of Fame's first class. That doesn't happen without the incredible support of all of our readers and partners, from Joe In Philly and Larry Felzer all the way to our parent company, SB Nation, and the great folks at ESPN, the New York Times and others with whom we've worked over the years. It also doesn't happen without Bill Gubrud and his entire Gay and Lesbian Sports Hall of Fame team in Chicago. Thanks also to the hard work of the dedicated folks like Kyle Chang, Israel Wright, Jackie Weinberg, Zach Zulkowsky, Nick Mauro, John Larson, Steve Fishback, Sam Provenzano, Jeff Roscoe, Dean Ogren, Rusty Steif and all the other great people who made the weekend so special.

The full list of inductees to the first class of the National Gay and Lesbian Hall of Fame:

For more on the National Gay and Lesbian Sports Hall of Fame induction, check out Fox Sports and Chicago Pride. Also, check out WGN's video report from the ceremony... 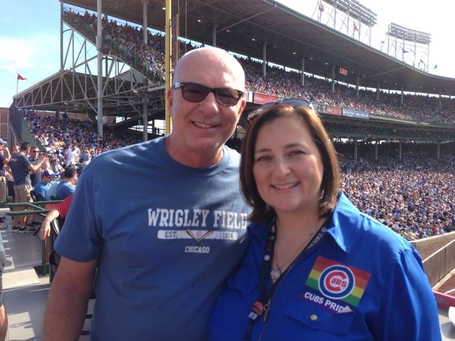