Erskine College volleyball player Drew Davis, who struggled with reconciling being gay with the Southern Baptist Church, was outed inadvertently to one of his teammates during a Skype chat. Juan Varona was out in high school in Puerto Rico. Both are embraced by the team, which owns the nation's second-longest current win streak.

Drew Davis was hanging out in his dorm room with volleyball teammate Michael Schneck last year when he got the Skype call that inadvertently outed him. It was Davis' friend, Patrick, calling via Skype. Patrick wasn't just any friend - He was Davis' ex-boyfriend, unbeknownst to Schneck. The two played it cool, until a (some might say) fortuitous slip of the tongue.

"By the way, I have good news," Patrick told Davis, not realizing someone else was in the room. "I got tested. I'm HIV-negative."

Davis played it off like a buddy sharing some good news.

"So that means you are too."

Davis' face went blank. He was a freshman on the Div. II Erskine College men's volleyball team in rural Due West, South Carolina. Due West isn't a direction - it's the name of the town. The small village counts about 1,250 people in their population. In 2012, a Republican won every contested election in Abbeville County except for Sheriff. Erskine College is a Christian liberal arts school with 575 students and is affiliated with the Presbyterian Church. It isn't exactly West Hollywood or Chelsea.

On top of that, he had only known Schneck for three weeks.

The Skype conversation went stale and Davis ended the call. He turned to Schneck and tried kick-starting a conversation. But there was now a pink elephant in the room.

"I know you heard that," Davis said.

For college swimmer, coming out to mom was tough

Coming out to his teammates at the University of Virginia was easy for Parker Camp compared to his family. The result was unconditional love and a burden lifted. "We are the definition of a modern family," his brother said.

Gay Notre Dame varsity tennis player Matt Dooley attempted suicide in 2011. He came out to his team exactly two years later, and their acceptance helped save his life.

Davis was surprised by the response. He had lived his life in fear of coming out, growing up in Asheville, N.C., in a Southern Baptist family that attended church every Saturday and Wednesday. The word of the church was law, and sermons were often rife with anti-gay doctrine.

Despite all of that, Davis was secretly dating Patrick in high school. The two were teammates on a club volleyball team and dated for over a year.

"I felt like a fake," Davis said. "During the week I'm doing my own thing, hanging out with Patrick, but then on Sunday I have to act straight and go to church and hear all the fire and brimstone. They'd ask me who I was dating, what's her name, and I'd have to fake it."

Last June, he decided he couldn't hold it in anymore. He had been in a bad mood for a while, and he wasn't shy expressing it to his parents. When his mother yet again asked him about dating girls, he took the leap.

He had to explain what that meant - Once his parents understood it they made it very clear how they felt. His mother told him he would live a lonely life and never get a job. His father said he would never speak about his son again. It was the response he expected from them - Still, Davis was crushed.

That night, he ingested 15 of his mother's hydrocodone pills and went to bed. He hoped he wouldn't wake up.

"If I was supposed to die, I would have," Davis said. "But I didn't, so I'm going to move on from this and make the most of the situation."

With the support of his entire team, he has done just that. Coming out to the rest of his team individually last winter, Davis said they were all accepting of him, some saying they were glad he told them, others sharing stories about their own gay relatives.

"I was so happy for him," Shneck said. "Just finally being himself, being who he wants to be. It was cool to hear that he's so comfortable with himself that he could tell the rest of us who he really was."

Even his own mother has gotten better on the issue, letting him know that while she doesn't "agree," she just wants him to be happy. 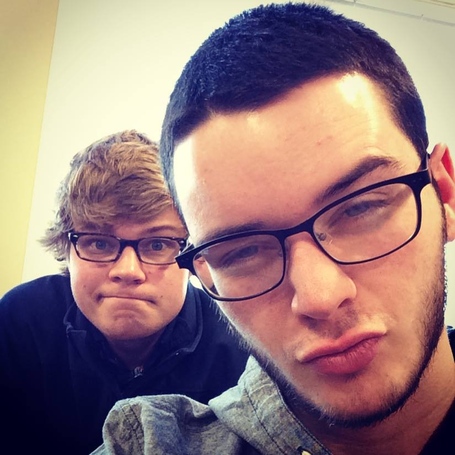 Teammates Michael Schneck (left) and Drew Davis in one of their infamous two-shots.

The team of mostly freshmen and sophomores is having a fantastic season. They're currently on a nine-game win streak, the second-longest in the country for Div. I and II (they are combined for men's volleyball). While they haven't cracked the top 15 (the coaches poll only ranks 15 teams), their 13-5 overall record is one of the best in the nation. Their upcoming two-game road trip to southern California - where they play Hope International Univ. and California Baptist Univ. this Friday and Saturday - will provide a good test 3,000 miles away from their home court.

Coming out at Erskine hasn't been without problems. When his then-roommate - a player on the school's basketball team - found out that Davis was gay, he moved out. Davis said it was because the athlete didn't want the basketball team to think he was gay too.

"That was the only ignorance I've run into so far at school," Davis said.

While it upset Davis - actually, it made him downright pissed off - he was ultimately happy with the outcome: His teammate Schneck is now his roommate.

Davis isn't the only gay on the team. On a team of only a dozen players in rural South Carolina, a second player, Juan Varona, is also gay. Varona grew up in Toa Baja, Puerto Rico, 20 minutes west of San Juan. Out to friends and family in high school, Varona had concerns about going to a school in conservative, rural South Carolina. 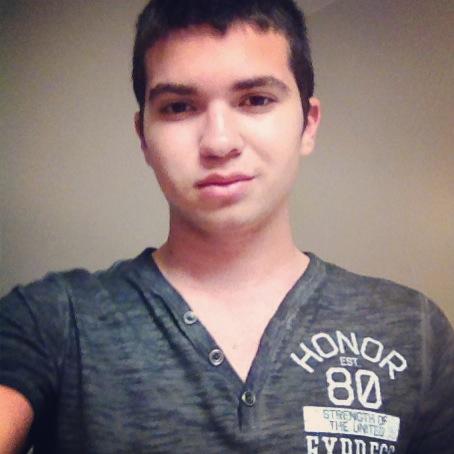 Juan Varona is a sophomore defensive specialist for the Erskine College volleyball team.

"At first I didn't know how they were going to take it because I'm not from this country," Varona said. "But everybody has been great. I've even had baseball players come up to me and say they were homophobic until they met me. I guess they look at my personality more than whether I'm gay or not."

"We know it's all joking and nothing personal," Varona said. "I say some stuff, they say some stuff. Our team is a little family and we all laugh about it."

One question Davis has been asked more than once by his teammates: "If I were gay, would you try to date me?" Davis enjoys having fun with the response.

"I've never had a team so close," Davis said. "They're like brothers to me. They are so accepting, and that has really made me more confident in myself."

The only concern raised by anyone on the team was from the team's coach, concerned about intra-team dating between his two gay players. The coach was worried about the team chemistry if Davis and Varona started dating and it ended badly. They have assured him it won't be an issue. 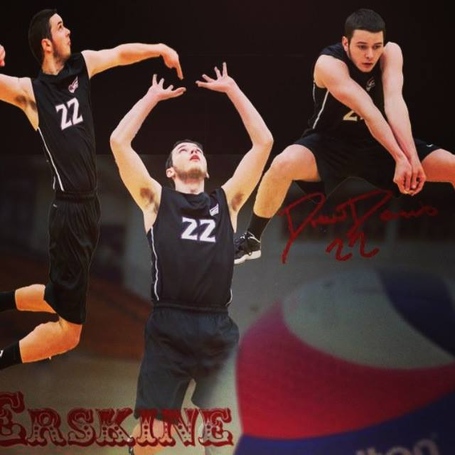