Band director fired after investigation into a culture of hazing, sexism, sexual harassment and homophobia.

The Ohio State University has fired band director Jonathan Waters "after an internal investigation that uncovered a deep culture of sexual harassment among students that reportedly has existed for years." Among the reports findings were lyrics band members have made over the years to songs that included multiple gay slurs, such as "fags" and "homos" and references to "cock-sucking."

The two-month investigation , triggered by the complaint of a parent, revealed a cascade of evidence that students routinely harassed one another -- often directed at new band members by older students -- and that director Jonathan Waters knew about it or should have known.

Waters, 38, was ousted from his post effective today, OSU President Michael V. Drake said. Details of the investigation are laid out in a 23-page report obtained by The Columbus Dispatch. ...

Several witnesses said that students performed a "flying 69" on tour buses, in which band members hung from the luggage racks and posed in a sexual position. Waters was on the bus when that happened as recently as last fall, according to a band staff member who quit last year.

The report is pretty jaw-dropping in the instances of sexual harassment, hazing, innuendo and nicknames given to band members, including members acting out sexual acts. You can read the whole report here. These band members over the years are really obsessed with cocks.

It was the homophobia that struck me, since I would have assumed band would be welcoming place. I have been amazed by comments I have seen where some readers say this is all good, clean fun. Sorry, anytime people sing about "fags" is never fun or acceptable.

Here are some samples of lyrics band members have come up with for popular songs and the fight songs of other schools. I love the initial warning intro, which basically says that if these lyrics offend you, tough. 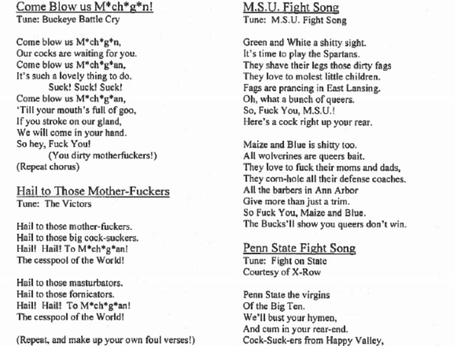 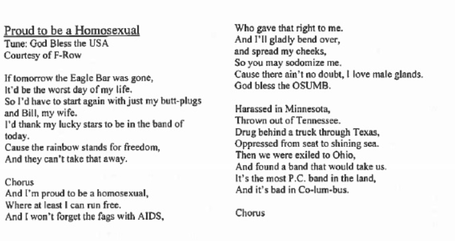 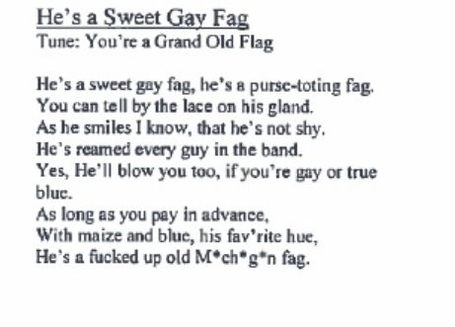 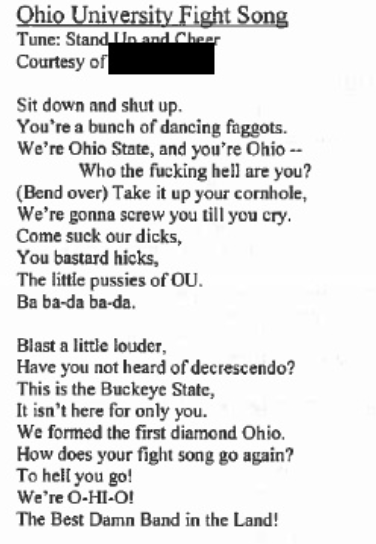 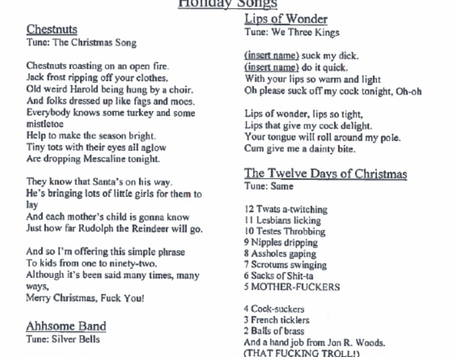