With training camp just a couple weeks away, Michael Sam appears on the cover of a gay men's magazine for the first time.

Share All sharing options for: Michael Sam graces cover of Out magazine

Michael Sam graces the cover of Out magazine's August sports issue with a stunning photo of the man who seeks to reshape the NFL. It's the first time Sam has given an interview to an LGBT publication since his coming out in February.

The accompanying article talks about Sam's year that has been full of ups and downs. It also gives some insight into Sam's gregarious personality and the pressure of the overwhelming attention Sam has received since announcing he is gay.

The first 15 minutes of the interview were excruciating. Sam refused to make eye contact with me. His answers were curt and nonrevealing. What was college like? "It's a normal school." How did you like living in Columbia, Mo.? "It's a normal town." He delivered his responses as rebuttals, swatting away my questions as if blocking kicks from a tedious adversary. He seemed especially determined to keep a lid on any details regarding his relationship with Cammisano. Do you go on dates? "Yeah, we date." What do you like to do together? "We do what people who date do." I was starting to understand why he won Defensive Player of the Year. The only information he volunteered was that he felt annoyed that the photo shoot had run over and thrown off his schedule. "I don't like when the plan changes," he huffed.

You can read the full story here and see the full cover image here:

Desperate to turn things around, I started talking about myself and mentioned visiting a boyfriend in upstate New York. Suddenly Sam's head perked up; for the first time, he looked me in the eyes. "Wait-you're gay?" I wasn't sure how this could have been unclear. "Uh, yes," I replied, wonder- ing how he was going to take the news. "Oh!" he blurted, his voice rising five octaves. "And Aaron [Hicklin, Out's editor in chief ]? Is he gay, too?" I nodded. His face melted into a smile; he inched his chair closer to the table and loosened the furrow in his brow. "I thought you guys were straight! That's why I was giving you a hard time." His eyes, which had glared with impermeability all through the shoot, suddenly started to radiate warmth and comradeship. Sam's metamorphosis was so sudden and cartoonish, it suggested how much energy he was having to expend to protect his sexual orientation from people he feared would use it against him.

Whereas before Sam had refused to discuss his relationship, now he was busting out his phone and showing me pictures of his treasured man. I had seen some images of Cammisano online, but these were better. "Very cute!" I exclaimed. He was clearly used to such compliments, and clearly gratified by them. He responded, "Thank you, thank you," in a practiced tone that reminded me of a politician trying to quell applause before launching into a speech. "I'm sorry about before - I just thought you were some reporter after a story. Some of those guys are vultures." Sam may not have an effective gaydar, but he had a keenly developed sense of kinship. His entire adult life had been dominated by teams and, evidently, a binary vision of friend or foe. All it took was the word "boyfriend" for him to switch from lion to lamb, and to become not only cooperative but downright solicitous. "Have you still not gotten your tea?" he fretted. I hadn't. He hounded the waiter and obtained my tea, but he was still worried. "Are you sure you don't want lemon and honey?" He was a strong advocate of lemon and honey. 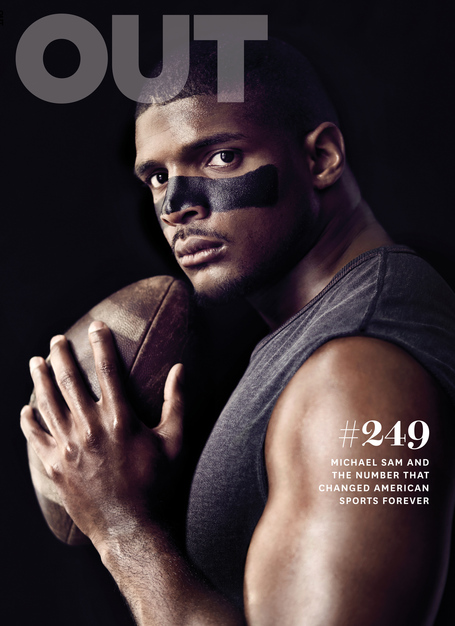